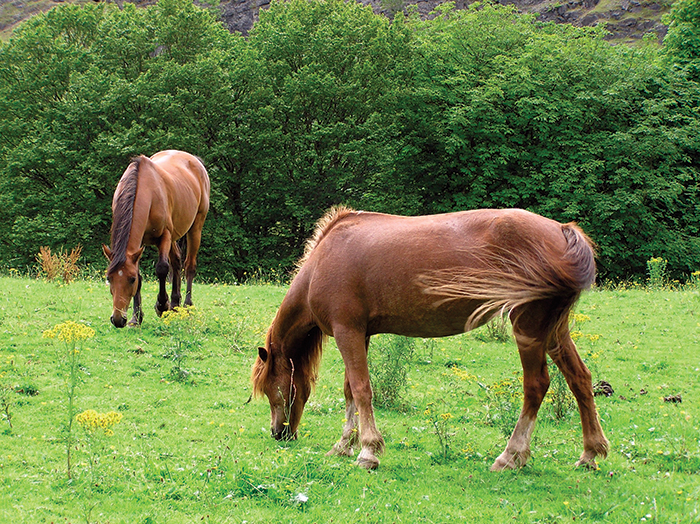 By Pat Tearney posted on April 1, 2006 | Posted in Diseases, Nutrition

Scottish researcher describes the connection between nutrition and the malady

Nutrition has long been known to be an important factor in developing healthy equine feet, but Susan Kempson made it clear to an audience at the International Hoof-Care Summit that diet can also play a role in causing feet to breakdown.

Specifically, the Scottish researcher spoke about dietary problems that open the way for the bacteria that cause white line disease to enter the hoof.

Kempson defines white line disease as an infection of the hoof horn, which starts in the inner layer of the distal dorsal wall, then spreads to the outer layer of the wall, the sole and — occasionally — the frog.

“Once it works its way out into the outer layer, the hoof wall breaks down until it can no longer support the shoe or the weight of the horse,” she said.

Kempson says in order for white line to develop, the hoof horn must be compromised in some way. She says three factors typically cause that compromise, nutrition, laminitis and trauma.

“Nutrition can play a very important role in compromising the hoof horn,” she said. “This can be due to both deficiencies of certain nutrients and excesses of others.”

That means nutrition can be a “double-edged sword,” in causing problems with hoof horn. 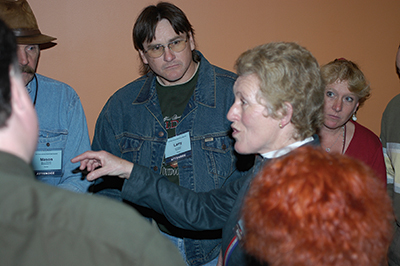 SHARING IDEAS. Scottish researcher Susan Kempson with attendees after her presentation at the International Hoof-Care Summit.

“When I first started working with nutrition and hoof horn, we were primarily concerned with horses that were deficient in certain minerals,” she said. “But as…

How does calcium affect the hoof horn when white line disease is a concern?

No Single Cause For White Line Disease