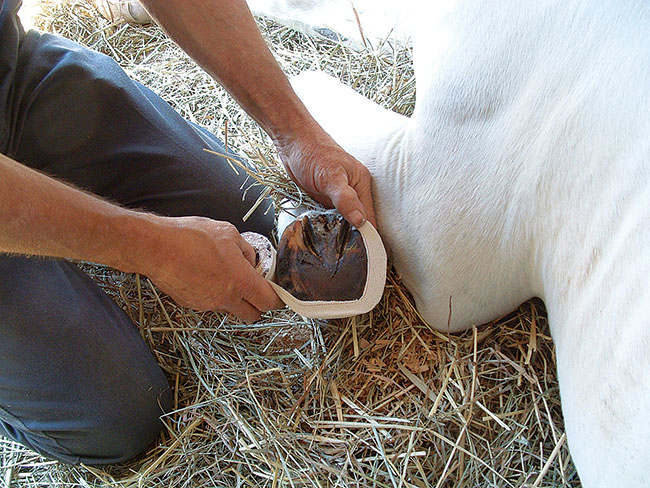 Plastic W a Useful Tool for Dealing with P3 Displacement

Both the amount and rate of change involved in third phalanx displacement within the hoof capsule is clinically significant in any hoof lameness diagnosis of the performance horse.

Cases with no systemic causes include severe concussion, severe bruising, road founder and laminar trauma. Treatment protocol of displacement issues is varied and may include:

These complications further destroy the mechanical strengths of the hoof from those anatomical structures that connect and support the bony column to the hoof capsule. Secondary mechanical failure may increase both the rate and amount of displacement. Successful management of displacement should protect the anatomical structures that are being torn, compressed and sheared by this displacement while also limiting further dissection damage.

Vascular compression and eventual destruction has been recognized as playing a significant role in lameness issues resulting from laminitis.2 Hypoxic necrosis of connective anatomy decreases the stability of the third phalanx while increasing the pain of laminitis. Body weight and performance forces are related to laminar strength.