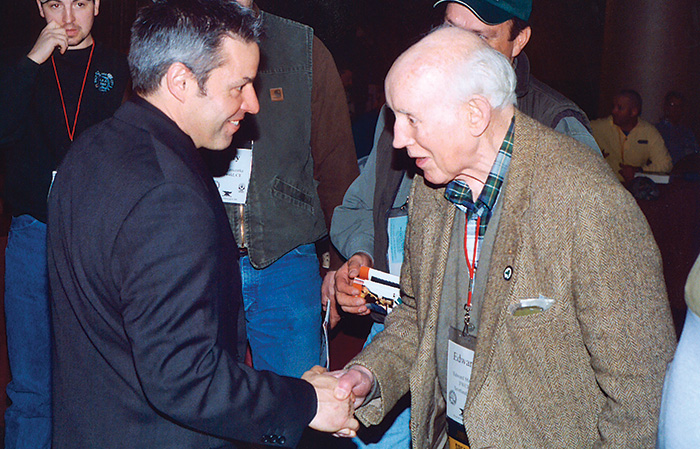 The American Farriers Association dedicated a big part of its 33rd annual convention to honoring a visitor from overseas, as guest of honor and legendary Scottish farrier Edward Martin returned to the event for the first time in several years.

Martin, a fellow of the Worshipful Company Of Farriers, hasn’t attended recent conventions due to ill health. His return to the AFA convention was clearly a highlight for members, who took the opportunity to honor Martin for his long career and contributions to the field of farriery.

Martin took part in a number of presentations during the event, took a few moments to speak with many of the presenters, congratulated competition winners and briefly addressed those at the Saturday night banquet that traditionally closes the convention.

During a panel discussion, Martin said one of the biggest changes he has seen during his career is the level of professionalism in the industry and the resulting improvement in the farrier’s image.

“One of the most positive things I have seen is how the farrier is viewed in the community,” he said. “We are now viewed as professionals and are able to command the respect that enables the farrier to earn a decent living.”

The convention also featured a number of speakers who shared their knowledge with others in attendance. 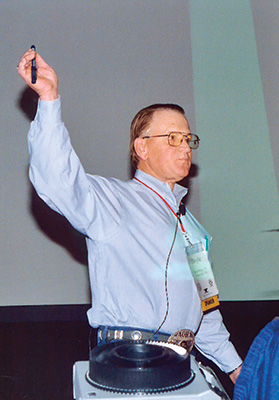 One Farrier's Approach to Shoeing Drafts

AFA Convention Much More Than A Social Gathering