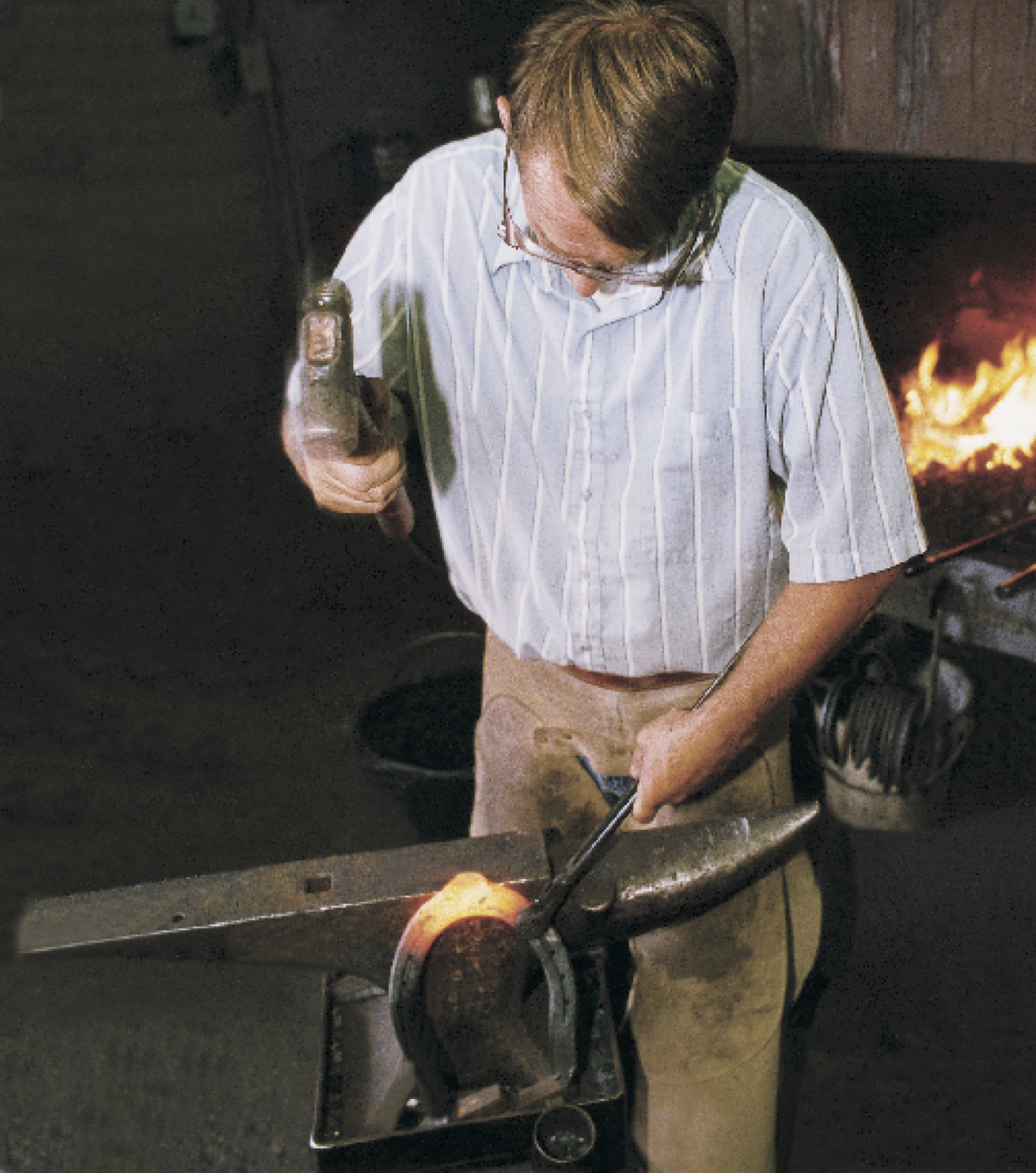 By Darrell Bruggink posted on March 1, 1999 | Posted in Education

Pete Cote shoes the horses that pull the full-honor funeral caissons at Arlington Cemetery, is the official farrier for Presidential inaugurations and shoes the only horses owned and maintained by the federal government

Pete Cote was a farrier before the U.S. Army made him one of its own, but little did he know the Army and horseshoeing would both be a major part of his life for the last 30 years.

When the Army drafted Cote into service in 1969, the new soldier let his superiors know he had unique skills. His abilities as a farrier eventually brought him to historic Fort Myer, located across the Potomac River from the heart of Washington, D.C.

For the past three decades, he has shod the horses that pull the caissons during the typical four or five full-honor funeral processions for military veterans held daily in the 612- acre Arlington National Cemetery. These 43 horses represent the Caisson Platoon, a subunit of the more than 200-year-old 3rd Infantry, also known
as the “Old Guard.” Incidentally, this is the only full-time equestrian unit remaining in the U.S. Army.

An average of 25 funerals of all types are held each day at Arlington and these horses play an important role in the four or five full-honor funerals that deliver the bodies of fallen heroes to their final resting places.

His job is unique in that he is the only full-time combination farrier and blacksmith on the federal payroll. “These horses are on the U.S. property books and are the only ones owned and maintained by the national government,” Cote says.

He works an eight-hour day at Fort Myer, beginning at 6 a.m. and concluding at 2 p.m. His…

Farewell to the Nation's Farrier

Farrier Q&A: How does the footing that a horse will compete on change your choice of shoes, excluding calks?