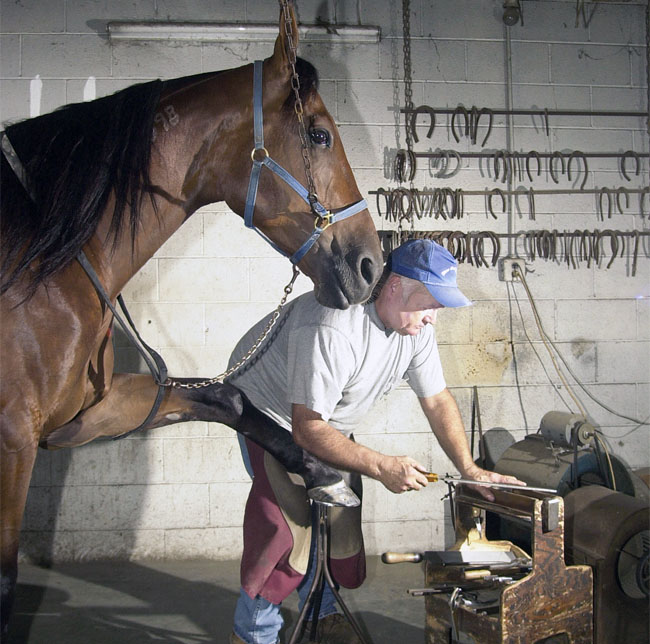 Shoer to the Stars

Dick Neville has shod the best of the best

Dick Neville has nailed shoes on some of the greatest Standardbreds ever, but if you bring an unknown horse into his shop, he’ll welcome the challenge and give it his full commitment.

“I treat Old Shep the same way I treated Albatross,” he said, referring to the two-time winner of harness racing’s Horse of the Year honor.

Neville realized long ago that virtually every horse comes with some conformation flaw or quirk.

“I have to work with what the good Lord gave the horse,” he said, “and not work against it.”

One of his shoeing apprentices years ago at Pompano was a young man he simply called “Linc,” but who is now better known as Sen. Lincoln D. Chaffee of Rhode Island.

Chafee shod Standardbreds before entering politics and Neville remembers him as a humble, hard-working assistant.

“There wasn’t an ounce of pretense at all to Linc,” recalled Neville. “What you saw was what you got. He was very down-to-earth and just a good guy.”

Neville now lives in central Ohio, but admitted, “I guess I’ll always be a Hoosier. I was about halfway raised on the fairgrounds in Franklin, Ind.”

Neville was greatly influenced by all the harness-racing lore he picked up growing up in Franklin. When he was a teenager…