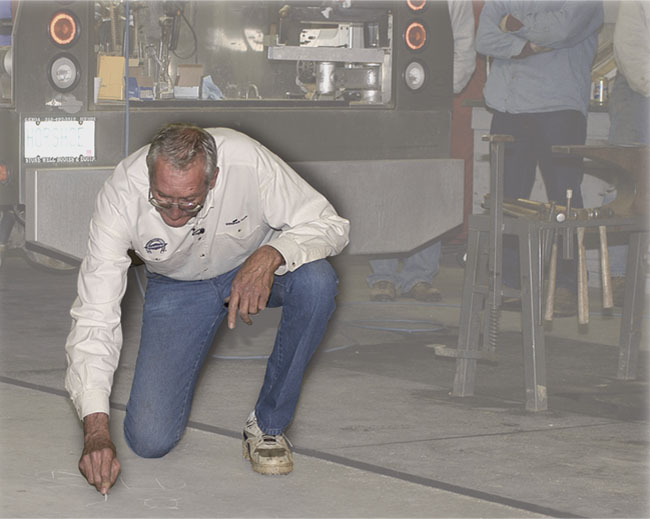 Tools that aren't Found in a Shoeing Box

By Pat Tearney posted on September 1, 2005 | Posted in Forging, Shoeing

Hall Of Fame farrier uses his eyes, mind and imagination

GETTING DOWN TO IT. Danny Ward uses the floor to illustrate a point during a clinic at Meader Supply.

When Danny Ward discusses horseshoeing, it soon becomes obvious that his keen sense of observation and active imagination are more important to his success than any of the tools in his shoeing box or stowed behind the doors of his shoeing rig.

Ward was the clinician at a May “Farriers Day” event held at Meader Supply in Rochester, N.H. During his presentation, the International Horseshoeing Hall Of Fame member and owner of the Danny Ward Horseshoeing School in Martinsville, Va., shared numerous forging and shoeing tips.

Ward makes it clear that he doesn’t believe there’s any one “right” way to shoe a horse, suggesting instead that farriers concentrate on the results they get.

Focusing On The Horse

Your ability to help individual horses is what will ultimately determine your level of success as a farrier, he believes.

“It’s horses that regulate us,” he says. “If you don’t do a good job, the horse will let the owner know it — and you won’t be staying with them too long.”

Many of the tips he shared have to do with recognizing subtle differences in a horse’s needs.