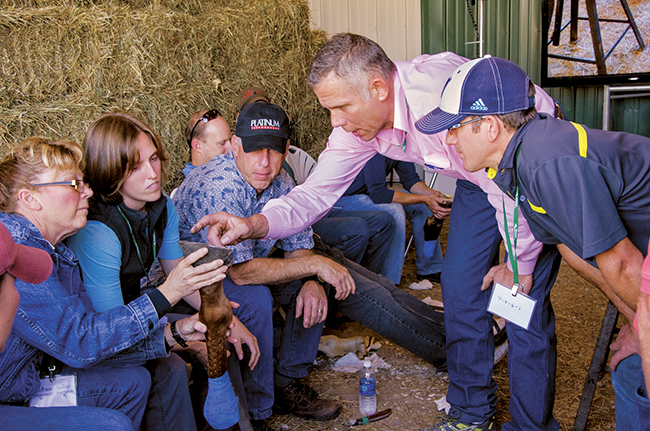 By Jeff Cota posted on November 1, 2014 | Posted in Education

More farriers across the country are increasing their production, enduring less physical stress and in turn boosting the industry, all after making one decision — hiring an apprentice. As a result, some show their appreciation with generous compensation.

In a first of its kind survey conduc­ted by American Farriers Journal ed­itors, farriers shared valuable insight into duties, payment strategies, the benefits and detriments of taking on an apprentice.

The exclusive survey is compiled from a favorable response of American Farriers Journal readers from across the United States and Puerto Rico.

What’s In Your Wallet?

Farriers who answered the survey employed an apprentice at some point during the past 2 years. While 54% pay apprentices a daily wage, 21% pay a percentage of the day’s total gross income, which was an average of 14%. The lowest percentage of the total gross was 10%, while the highest was 20%. Responding farriers paid an average daily wage of $112.

Vandergrift, Pa., farrier Todd Allen guarantees his apprentice $100 a day, regardless of how productive it is.

Making The Most Of An Apprenticeship