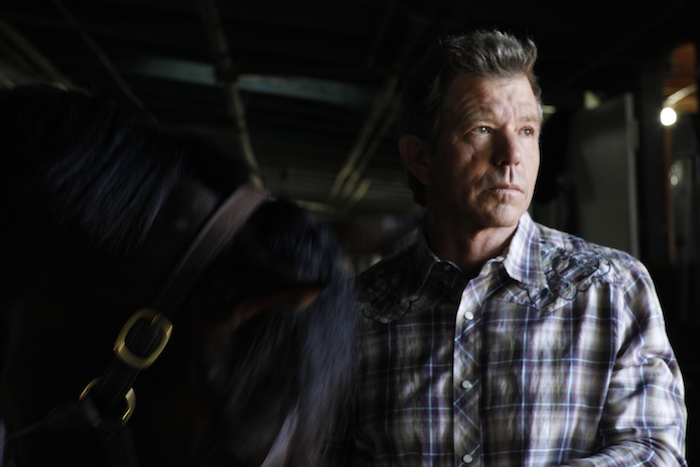 As the field of horses made their way to the starting gate for the running of the 2015 Belmont Stakes in Elmont, N.Y., Wes Champagne decided to take a break from doing what he does best — shoeing a horse.

Champagne made his way to the tack room at Tim Yakteen’s farm at Santa Anita Racetrack in Arcadia, Calif., to watch American Pharoah’s bid to become just the 12th horse in history to win the Triple Crown — the Kentucky Derby, the Preakness Stakes and the Belmont Stakes.

The pressure was building for Champagne. After all, he had been shoeing the 3-year-old since October 2014.

“Nobody wants to be the one to drop the ball,” says Champagne, who is the inventor of the Blacksmith Buddy and the glue-on horseshoe. “Everybody has to do their part. So, I would say there is a lot of pressure.”

Champagne is no stranger to horses and racing. In fact, you can say it’s in his blood.

His grandfather was a USDA veterinarian; his father was a successful jockey, trainer and breeder; his brother is a farrier and their sons are, too. You can safely say that Champagne cemented his legacy in the industry even before he began shoeing American Pharoah. A who’s who of horseracing trainers — Bobby Frankel, Neil Drysdale and Bob Baffert, among others — have counted on Champagne to help them on the track. In October, Baffert asked Champagne to tend to American Pharoah.

“Bob has two blacksmiths,” he says…

Triple Crown Farrier Discusses When To Egg Out A Half Plate

What It Took to Make American Pharoah Go