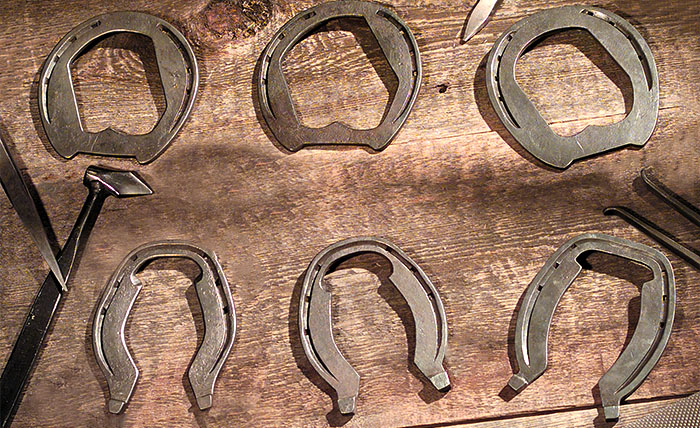 By Frank Lessiter posted on September 1, 2001 | Posted in Forging

With an astounding eight-fold increase from participating shoers in a year’s time and outstanding support from 47 farrier suppliers, the 2001 mail-in forging exercise was a rip-roaring success.

Besides offering unlimited opportunities for participants around the world to expand their forging skills, the dollar value of products that shoers received for participating in the mail-in forging exercise undoubtedly qualifies it as the world’s richest farrier competition.

Co-sponsored by the World Champ­ionship Blacksmiths’ Competition held during the early July Calgary Stampede and American Farriers Journal, 71 farriers from seven countries each took home $426.85 in valuable farrier supplies simply for participating in this extraordinary mail-in forging exercise. In addition, each participant also received an evaluation of their shoes from the judges.

The top 25 finishers in the exercise also split an additional $10,871.49 in valuable farrier supplies, making a total of $41,177.84 of products that were awarded in this year’s event.

“I was not only impressed with the number of entries, but also the fact that they came from a number of countries and the exceptional quality of…

Premium content is for our Digital-only and Premium subscribers. A Print-only subscription doesn't qualify. Please purchase/upgrade a subscription with the Digital product to get access to all American Farriers Journal content and archives online.
KEYWORDS farrier products Forging Mail-In Forging Exercise Participants suppliers

Expand Your Forging Skills By Mail

Experience Calgary in Your Own Shop