By Michael Austin posted on January 1, 2002 | Posted in Business Practices

Farriers speak out about the September 11th's effects on their business

Maybe you had just finished shaping a shoe at the anvil or were driving your truck to your next stop or under a horse when you heard about the September 11 attacks on America.

No matter where you were or what you were doing, this national tragedy had an impact on your life and probably on your shoeing business. Now, 4 months since the devastation, the United States’ economy is trying to pick itself up off the mat. Just like everyone else in this country, farriers, shop owners and horse owners are trying to do the same thing.

The attack on America left everyone in a state of shock, but depending on where you live and if you travel for work, the impact could be even greater.

1.Take the story of T.J. Jones. Jones, who is based out of Boynton Beach, Fla., shoes all around the country for an Olympic rider.

“She told me that she would certainly understand if I didn’t want to fly to shoe her horses at different locations for the new few weeks,” says Jones. “She also told me that I’d still be her farrier when she comes to Florida for the winter showing season.” 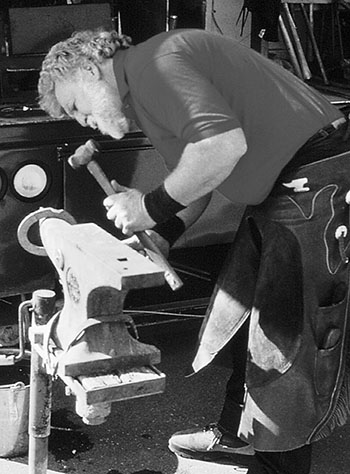 STILL FLYING. T.J. Jones, a farrier from Boynton Beach, Fla., who shoes all around the country for an Olympic rider, hasnʼt stopped traveling due to the terrorist attacks.

Jones told her flying was not a concern and continued to travel to shoe her horses. Incidentally, Jones…

Premium content is for our Digital-only and Premium subscribers. A Print-only subscription doesn't qualify. Please purchase/upgrade a subscription with the Digital product to get access to all American Farriers Journal content and archives online.
KEYWORDS 9/11 effect on business September 11th terrorism

How The Terrible Terrorism Attacks Impacted Your Fellow Horseshoers