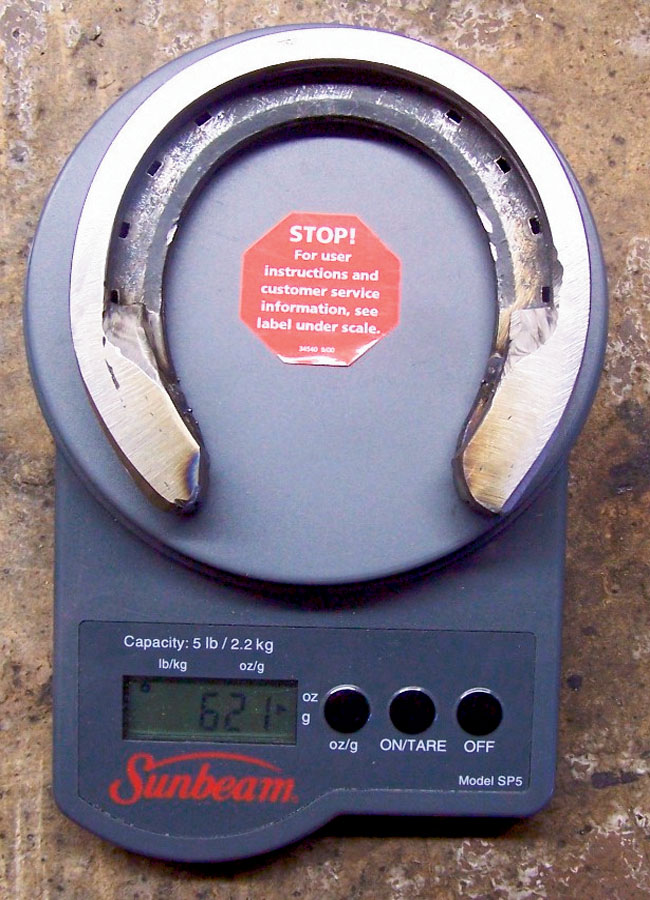 Relieving Pressure From a Dropped Sole

SHOE FOR A DROPPED SOLE. Bradley Saint John developed this shoe to relieve sole pressure associated with the severely dropped soles he frequently finds in horses with chronic laminitis.

There are a number of horses I have cared for that have the same apparent foot condition. These are horses with chronic laminitis that have a dropped sole where the hoof wall — as it grows out — does not grow straight down, but flares out at the ground level or higher up the hoof wall.

This can cause a problem when trimming the horse. If you trim back the flares until the foot looks conical in shape, when you set the foot on the ground, you find that it’s the sole — not the hoof wall — touching the ground.

This can eventually lame the horse as the circumflex artery beneath the coffin bone will be compromised every time the foot touches the ground.

In this example (Figure 1), the foot was trimmed from the front only (a couple of days prior), and not at all from the bottom. You can see that the hoof wall is not touching the ground, even though very little hoof was removed. The shoe on the right foot (Figure 2) was applied by a previous farrier and could not be removed or reset until the left foot was comfortable.

I decided what was needed was a shoe that would bypass the sole and contact the hoof wall. I took…