By Pat Tearney posted on January 1, 2002 | Posted in Nutrition

While Matthew Frederick and his wife, Susan Tierney Frederick, are convinced of the effectiveness and vital role that Permax has played in the recovery of horses they are treating for refractory laminitis, they are quick to point out that their treatment involves more than just the drug.

“It’s important to realize that Permax is only a part of the treatment,” says Tierney Frederick. “Strict diet control is essential, plus proper footcare.”

In fact, the Fredericks list five steps in their treatment protocol:

The Fredericks’ unification theory holds that most laminitic horses share a common trait of insulin resistance, most commonly found in conjunction with Cushing’s-like or Cushingoid syndrome.

These horses develop hypercortisolemia — an abnormal excess of cortisol — which disables insulin so that the cells can’t effectively utilize glucose. Other research indicates that a lack of glucose could lead to the dissolution of the basement membrane of the laminae and the separation of the dermal laminae from the epidermal laminae.

Permax is effective in such cases because it lowers the increased hormone production that causes the cortisol overload. This allows insulin to regain its function and the cells to utilize glucose properly. 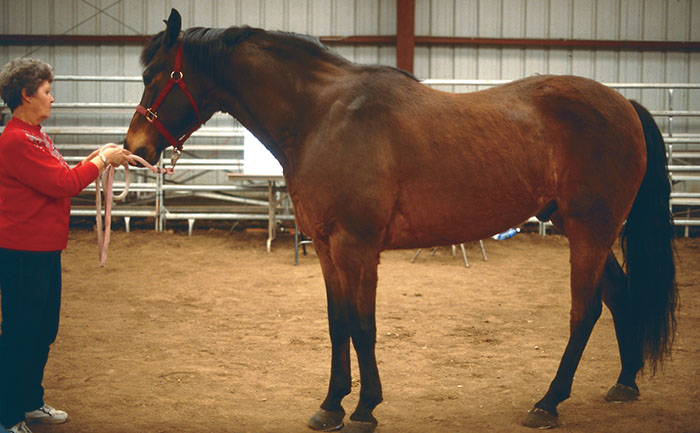 SIGNS OF CUSHING’S. This horse, which was treated…