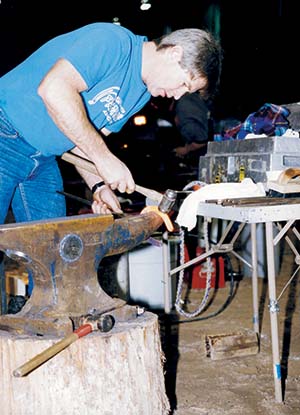 The hoof will maintain a better shape and keep its normal proportions, split less, have fewer cracks and be much easier to nail if you maintain a normal thickness of hoof wall. The practice of backing up the hoof wall at the toe clearly weakens this area, results in further collapse of the hoof and diminishes the possibility of restoring sound hoof angles or proportions to the hoof.

The sole is another area that’s often over trimmed. It is difficult enough to maintain sound sole thickness among sport horses of any discipline due to abrasive surfaces where they live, train and compete. Sole thickness is essential for maintaining soundness and longevity in competing horses. It is the primary source of abscesses, bruising and deterioration in the third phalanx. In fact, it’s become common to find abnormal radiographic changes of the third phalanx in the majority of active sport horses.

Finally, the frog is…

Get Out Of Sticky Situations With Glue-Ons