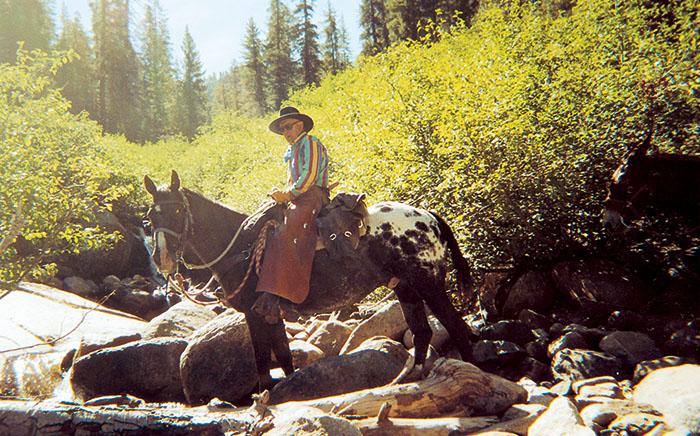 By Michael Austin posted on March 1, 2002 | Posted in Education

NOT SHY. Hank McEwan says young farriers need to be a lot tougher — physically and mentally.

Combining almost 100 years of experience between the two of them, Bill Miller of East Olympia, Wash., and Hank McEwan of Langley, British Columbia, Canada, know a thing or two about horseshoeing.

Unlike the past, when farriers kept to themselves, Miller, a member of the International Horseshoeing Hall Of Fame, and McEwan, who recently was named Horseperson of the Year in British Columbia, Canada, are quick to offer their advice for any farrier just getting started in the business.

With the advancement of organizations and associations, farriers today, as opposed to 20 or 30 years ago, have a decided advantage when it comes to gaining knowledge.

“What took us 20 years to learn, it takes these kids about 5 years now,” Miller says. “People are willing to share knowledge.”

“Twenty or 30 years ago, no one communicated with each other,” McEwan adds. “All farriers did was fight. There was no camaraderie. Knowledge was really hard to come by. There’s 20 times the amount of knowledge available now.”

Both horseshoeing legends are in agreement that anyone just starting out in this business should join the American Farrier’s Association (AFA) and their local chapter. Miller credits these organizations with advancing horseshoeing out of a dark time.

“It used to be if another farrier saw you, they would turn their back on you if they were doing something tricky,” Miller explains. “And speak to…

A Half-Century’s Lessons on Working Smarter