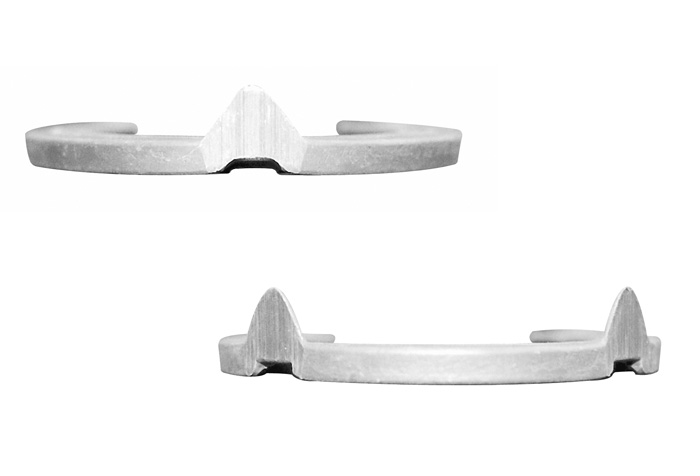 Toe Clips Vs. Side Clips

By Frank Lessiter posted on December 1, 2003 | Posted in Forging, Shoeing

While the battle lines have apparently been drawn between European and American interests, an argument over whether toe or side clips are best led several high level trainers and riders to switch farriers earlier this year.

After competing in Europe last summer, several North American trainers and riders decided to switch not only farriers but also veterinarians. These changes came just as the big-time hunter, jumper and dressage competitions got under way in Florida earlier this year.

To shed more light on the situation, here’s what three top-notch farriers who shoe on the international circuit have to say about toe vs. side clips.

Seamus Brady says that he doesn’t understand all of the controversy. Regardless of what style of clips you use, the long-time Olympic-team farrier from Bridgewater, N.J., maintains that you must be able to explain the theory and why any particular type of clip works to owners, trainers, riders, vets and other shoers.

Brady is credited with establishing the side clip (also referred to as a quarter clip) as a standard practice for hunters and jumpers in North America through his long-term work with the U.S. Olympic team. He started using side clips on these high level horses in the 1960s.

“I started using quarter clips on these horses because it gave me more command over what a shoe does,” he says. “With this clip, you can make a square toe, set it back and better support the nail work.”

While toe clips were…

How Farrier Annual Income has Changed | What Type Clips are Most Popular?