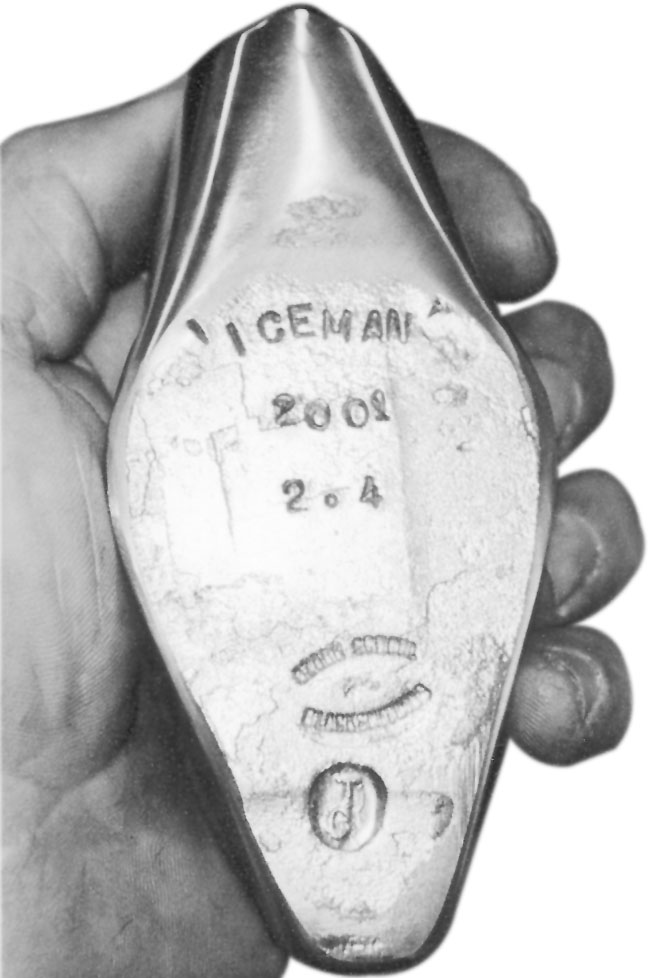 Clip Making With The Pros

Proper hammer, technique taught by two of the best in the trade

ICE MAN’S CHOICE. Richard Ellis, commonly known as the Ice Man, has his own clipping hammer that features a ball pein on one end and a flat, thin face on the opposite end.

A while back I completed one of the best clinics that I ever had the pleasure of attending.

It was hosted by Tom Clark at the Ozark School of Blacksmithing in Potosi, Mo., and featured the skills of Richard Ellis, a well-known and respected farrier from Wales, who is commonly referred to as the “Ice Man,” due to his uncanny poise at the anvil when the pressure mounts during competitions. He has earned a reserve world championship title and a world championship in two trips to Calgary.

On this day, Ellis puts his attention on clip making. Before the process can begin, Ellis must choose the proper hammer. That’s where Clark comes into play.

For the last few years at the Ozark School, Clark has been trying to perfect hammers for farrier use. Having a tool that is well adapted to the task is a huge advantage.

The clipping hammer Ellis chooses features a ball pein on one end with a little ridge through the center. Ellis explains that this ridge helps to center the force of the hammer blow when drawing the source material for the clip. On the opposite end is a flat, thin face, which is ideal for drawing out the source material into a well-defined clip. This face is perpendicular…

Making The Case For Building Your Forging Skills

Toe Clip And Pad Finish Your Shoe Board

What Makes A Good Clip?