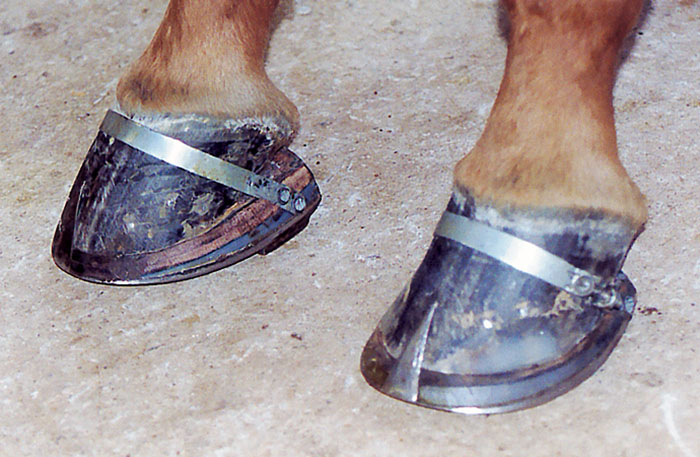 By Michael Austin posted on January 1, 2003 | Posted in Business Practices

Saddlebred shoers are few and far between, which is a cause for concern for Iowa farrier

You work in better-than-average barns and shoe some of the top horses in the country. So, why then, aren’t there more Saddlebred shoers in the United States? It’s a question Clinton, Iowa, farrier Rick Medd, still doesn’t have a definitive answer to and it’s a question he wants explored by today’s farriers.

“It’s what I’ve been exposed to all my life,” Medd explains. “I couldn’t think of shoeing anything else.”

8:45 a.m. While Medd lives in Clinton, Iowa, he doesn’t do much shoeing within Iowa’s borders. Today Medd is working out of a barn in Peoria, Ill., 120 miles from home.

I arrive 15 minutes early but Medd is already there, with his trailer backed up to the barn and preparing for the day. Medd’s trailer backs up to a pair of sliding doors, 10 yards from where he shoes. In the winter, Medd stores the trailer and moves his shoeing business into his pickup truck, so he can escape the cold by backing straight into the barn. On this cool day, he leaves the barn’s sliding doors and the backdoor of the trailer open to create an extra-large workspace.