By Michael Austin posted on May 1, 2002 | Posted in Lamenesses

Their names are synonymous with equine hoof care and now their efforts are being recognized by their peers. The International Equine Veterinarians Hall Of Fame, sponsored by American Farriers Journal, has inducted two more members into its exclusive club.

James Rooney of Queenstown, Md., has been inducted in the area of equine research and teaching, and Richard Mansmann of Apex, N.C., earned a spot in the category of practicing equine veterinarian. 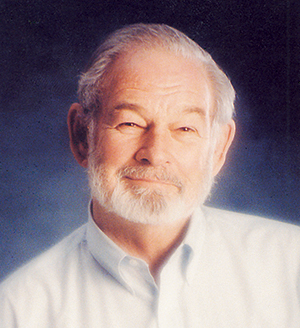 A graduate of Cornell University veterinary school and a diplomate emeritus of the American College of Veterinary Pathologists, Rooney has conducted research and educated students at a number of institutions, including more than 25 years on the staff at the Gluck Equine Research Center at the University of Kentucky.

His career as a recognized authority on equine biomechanics and lameness has produced many influential works such as The Lame Horse, which was first published in 1974. The classic book has been helping people in the equine industry better understand, diagnose and treat various types of lameness that they’ve encountered over the years.

Mansmann started his career near his home in North Carolina…