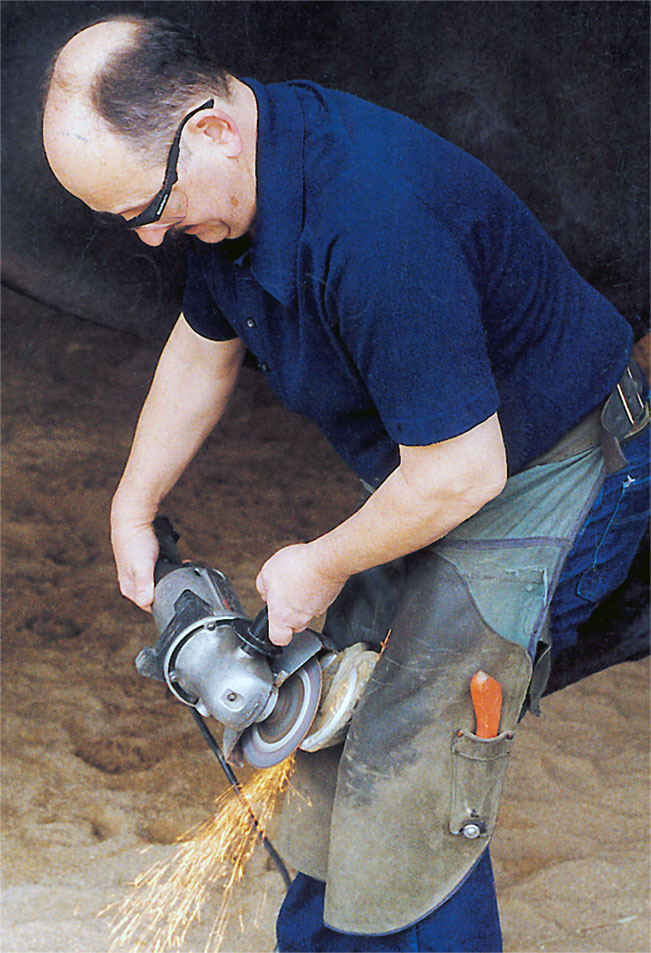 Running With The Rules

By Pat Tearney posted on December 1, 2002 | Posted in Education

Racetrack farriers need to know not just what horse they’re shoeing, but where and how he’ll be competing

GRIND AWAY. Farrier Joe Trhlik grinds toe grabs from a racehorse’s shoes to make them legal for use on the grass course at Arlington Park in Illinois. (Sarah Hoskins Photography)

There's more to being a racetrack farrier than being able to shoe a horse for maximum speed and performance. There’s also a little matter of knowing the rules.

Joe Trhlik, a Illinois racetrack farrier who shoes at Arlington Park and other parks near Chicago, says that’s even more difficult than it might seem because the rules vary — from country to country, state to state, track to track, even within a racing complex.

“They may even change from meet to meet in different years,” says the Oswego farrier.

Paddock horseshoers, accompanied by track stewards, inspect shoes to make sure they are legal. Trhlik says that trainers, not farriers, are responsible for making sure the horse has legal shoes on when it goes into the paddock. Not doing so can be costly.

Trhlik says that, according to the Illinois Thoroughbred Horsemen’s Association, 18 fines for illegal shoes were levied at Arlington Park during 2001. Seven of the fines were for $200 and 11 fines were for $500.

“More importantly, all those horses were scratched,” he said. “You’ve got all the race prep in them and they don’t even get a chance to run.”

Most of the rules involve additions to the shoes in the eternal quest for better traction and more speed. The paddock horseshoer, accompanied by…

Getting the Right Fit With Aluminum