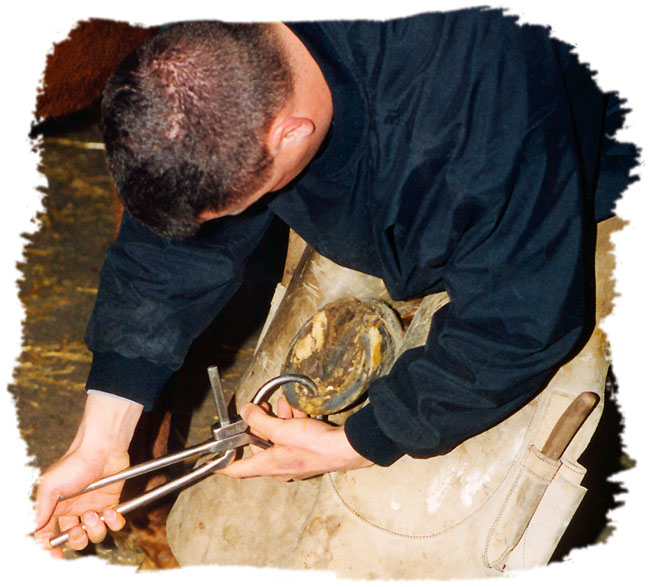 By Ron Perszewski posted on April 1, 2004 | Posted in Education, Equipment

Some hoof-care professionals swear by these tools, while others don’t bother to carry them

THE FIRST STEP. Properly used, hoof testers can pinpoint the location of a foot problem and lead the way to a closer examination. A veterinarian might be needed for a diagnosis.

Probably no other tool in horseshoeing can generate such widely differing opinions as hoof testers. Six out of 10 farriers rely on hoof testers frequently, but the other four don’t use this tool often and some won’t even carry a pair in their rigs, according to a recent survey of shoers by American Farriers Journal.

The hard-held opinions seem to result from the fact that hoof testers have definite usefulness, but they also have inherent limitations and can be difficult to use correctly. American Farriers Journal explored these issues with several top hoof-care pros and found that satisfaction with the tool is tied to expectations and experience.

Count farrier Bob Smith, who runs the Pacific Coast Horseshoeing School in Sacramento, Calif., as one of those who depends on hoof testers. “When a horse comes into the school, the first thing we do is a workup with hoof testers to determine whether there are any pre-existing conditions prior to our starting work on it,” he says.

“After that, we will use hoof testers when a problem is suspected or is brought up by the client,” Smith adds. “Or if we’ve got a horse that’s sore-footed after shoeing, then we’ll use hoof testers to look for a bad nail. But that’s the extent of our use.”

Safety Between the Ties