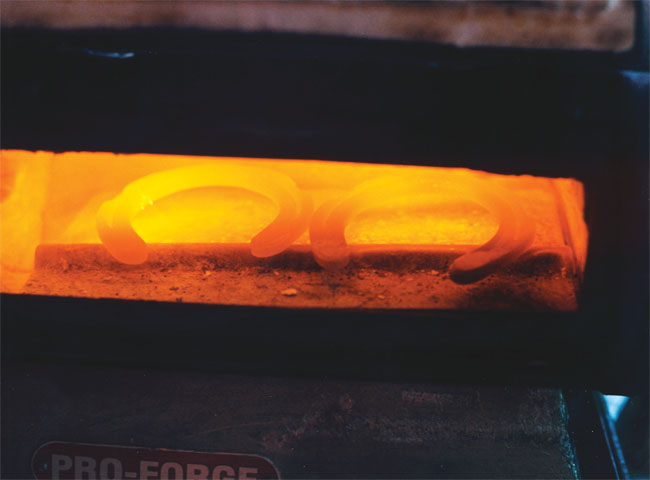 By Mike Lessiter posted on April 1, 2004 | Posted in Forging

In an industry as mature as farriery, landscape-changing technologies don’t come along every day. The merits of any change must not only convince today’s farrier but also challenge a history that succeeded for centuries without it. That being the case, it’s not surprising that change tends to be of an evolutionary — not revolutionary — manner.

To many, the atmospheric gas forge was an industry-changing innovation when it first appeared in the 1980s. While the next generation, futuristic forge has not yet displaced it, that doesn’t mean that strides have not continued. In fact, when many incremental improvements are combined with a safer operation, one could argue that the hot-shaping farriery craft has evolved at a pretty decent rate. This is in thanks in large part to the contributions by the modern-day farrier’s steady travel companion, the gas forge.

A farrier waking from a Rip Van Winkle-type nap would find gas forge technology quite different in 2004 — and be surprised he slept through the noise of them firing up. “Those early ones sounded like blast furnaces,” recalls Danny Ward, Martinsville, Va., who remembers seeing his first gas forge in Great Britain in 1981.

In addition to a quieter overall operation, the last 20 years have seen significant gains in the atmospheric forge’s maintenance, energy efficiency, safety, portability, speed and uniformity of the heat, not to mention the longer-lasting refractory liners. In fact, as one manufacturer has noted, forges can now reach high temperatures so rapidly that some…