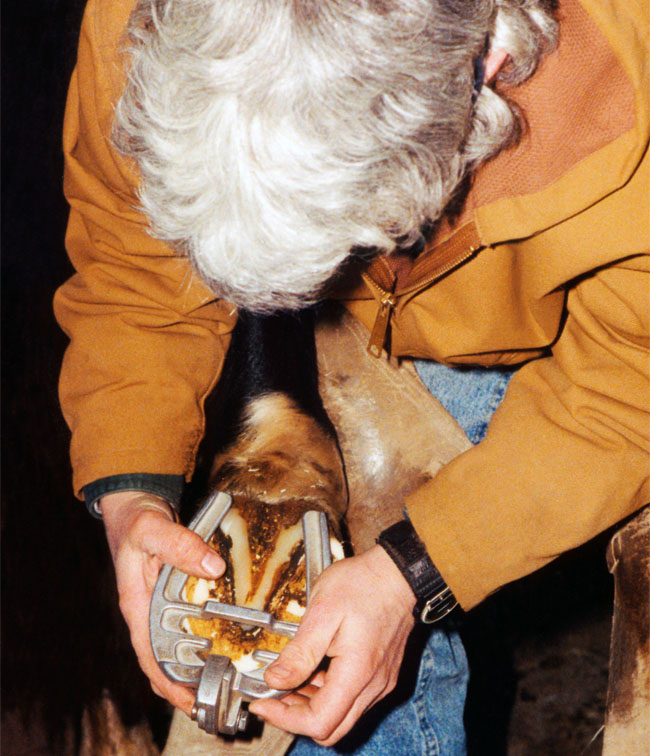 Hoof Gauges From All the Angles

By Pat Tearney posted on April 1, 2004 | Posted in Forging, Trimming

When it comes to these devices, there’s little middle ground

CONSISTENCY IS ESSENTIAL. Lee Green says in order for any hoof gauge to be used effectively, the hoof must be level and the gauge placed on the hoof the same way, each time. Here, Green Bay, Wis., farrier Monica Hoff uses a Ward And Story Hoof Protractor, which Green manufactures and markets.

Hoof guages are a little bit like seat belts.

In driver’s education classes, we’re all taught to “buckle up.” But when we get out on the road, some of us don’t.

As for hoof gauges, odds are at some point in their learning process, most American farriers are taught to use and told they are important. But once they embark on a career ...

Farriers offer a number of reasons for not using hoof gauges — or not trusting them — perhaps the most frequently heard one being that no two hoof gauges measure alike. Others warn against an overreliance on hoof gauges, saying that the toe angle measured by most gauges is just one aspect of bringing a horse into balance — and probably not the most important one.

Learning to Solve the Formula for High-Level Hoof Care

Signposts of the Hoof