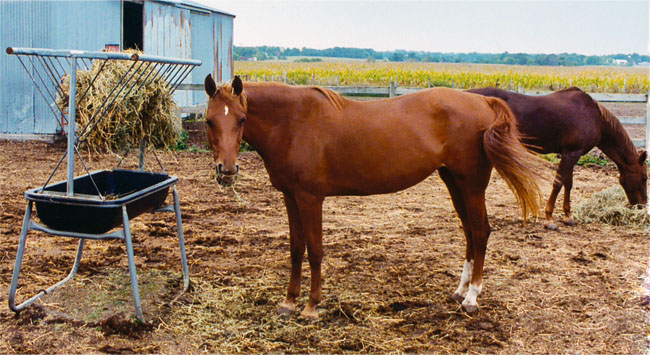 Educating horse owners and providing them with information on the latest research findings on the links between equine nutrition and the development of laminitis, may go a long way toward improving laminitis prevention in your client’s horses.

Kathryn Watts of Rocky Mountain Research and Consulting in Center, Colo., who specializes in the dietary management of equine laminitis, has published valuable research data on the links between high-carbohydrate forage, insulin resistance and laminitis in horses.

While laminitis has long been associated with foods that are “too rich,” Watts concludes that this terminology is far too general and vague to provide horse owners with real information that can help in the battle to stave off laminitis.

The focus of Watts’ research has been a two-pronged attack. The newest studies focus on a horse’s metabolic system and hormonal mechanisms that link intolerance to sugars to laminitis. The other aspect of the research focuses on fructan (a type of polysaccharide) and sugars found in cool-season grasses, which can cause drastic changes in a horse’s gut micro-flora and sets the stage for laminitis. Reducing the sugar and carb content in feed has become an integral component in the battle to ward off laminitis.

And just as it’s now in vogue for overweight human beings to fight the evils of carbs, the battle is now being brought to the horse arena. With lectures such as “Are You Feeding Your Horse Like A Cow,” Watts explains the factors that affect carbohydrate accumulation…

Dietary Sugar Vs. the Hoof

Taking a Trip Down the GI Tract