By Frank Lessiter posted on May 1, 2004 | Posted in Education

Even after the induction of seven classes of inductees since its introduction in 1997, the International Equine Veterinarians Hall Of Fame continues to blaze new ground. This eighth class of inductees features the first-ever appointments from two U.S. states and the inaugural recognition for a veterinarian from Asia.

Honored for their life’s work on the research and teaching side of equine veterinary medicine are Osamu Aoki, Tokyo, Japan, and Tracy Turner, St. Paul, Minn. Andy Anderson, Broken Arrow, Okla., is being honored as a practicing veterinarian.

With the ballots cast by the members of both the International Horseshoeing Hall Of Fame and the International Equine Veterinarians Hall of Fame, these three individuals are recognized for their tireless contributions to the equine community, record of service and professionalism as an equine veterinarian and overall commitment to practices that benefit the horse.

Serving as chief of research and the staff veterinarian for the Japanese Farriers Association, Aoki has played a key role in the training and education of farriers around the world. In the in-depth farrier training system under his supervision, 10 years of service are required prior to qualifying at the instructor level.

A frequent presenter at industry meetings, Aoki has lectured on the impact of horse locomotion on various theories of therapeutic shoeing. His farrier research efforts in Japan have also been chronicled in American Farriers Journal. 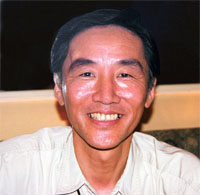 OSAMU AOKI. Beyond his key research and veterinary role with the Japanese Farriers Association, he has helped train farriers…

My Advice to Prospective Students of Farriery, the Master Craft