A farrier until the end, the International Horseshoeing Hall of Fame member will be remembered by many for his dedication to his peers and the industry 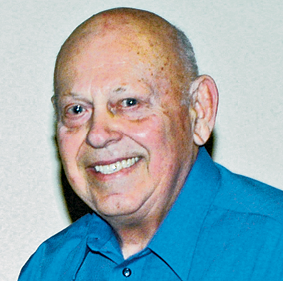 Farrier Joe Kutz of St. Louis, Mo., had an abundant enthusiasm for the farrier industry, earning him the respect and admiration of his peers and acknowledgement as the dean of St. Louis area farriers.

International Horseshoeing Hall of Fame farrier Joe Kutz of St. Louis, Mo., passed away on March 17. After a long horseshoeing career that began in 1943, Kutz always stressed the importance of doing what you love.

Kutz’s farrier career led him through over 60 years of adventure working with many disciplines and also at the St. Louis zoo and with the Ringling Brothers Circus, where he shod horses, donkeys and zebras until officially retiring in 2005. He was a founding member of the Gateway Farriers Association, which is now called the Missouri Association of Professional Farriers, and an early member of the American Farrier’s Association.

He was well known for his originality and high farrier standards, as well as his lasting enthusiasm for the industry. He will be remembered by his peers for his friendliness and ever-present smile.

I have so many memories of Joe that it is difficult to pick one or two. The most outstanding characteristic of Joe was his constant smile and friendly nature. He was always willing to share his time and skill to help other farriers, whether they needed help with a difficult shoeing problem, wanted to learn more forging skills or needed counsel on business issues.

In retirement, Joe remained connected to the farrier work. He regularly…