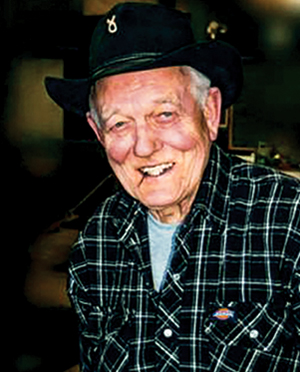 After beginning his career as a cowboy shoer in the Canadian prairies in 1948, McEwan became the first instructor at the Porterville Horseshoeing School in California. In 1981, he became the chief instructor at the Kwantlen College Farrier Program in Langley, B.C. When he retired from teaching in 1995, he had more than 700 farrier graduates to his credit.

The 2003 inductee of the International Horseshoeing Hall Of Fame is often described as unselfish and humble, and served the industry by being an active member in numerous farrier organizations while acting as a clinician and certification tester. He was a teacher and friend to many in this industry and will be dearly missed.

I met Hank in October of 2002 through a mutual friend, Larri Woodrow, when I was invited on the Haller Ride. Larri arranged for me to ride Hank’s horse. Hank taught me three lessons that fall:

1 When riding in the mountains and you are told to do the back cinch up, do it up tight. Hank really meant tight. He came along to check my gear and I was told, “It was there for a purpose, not for decoration.” Here, we barely make…