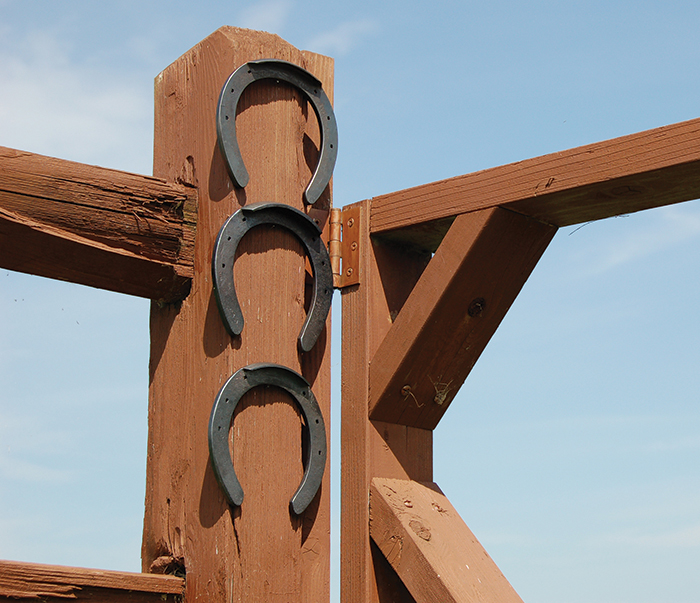 THE WINNING SHOES. The winning shoes were all submitted by veterans of the Mail-In Forging Exercise. The first-place shoe (top of photo) was crafted by Gne Lieser, with the second-place entry (middle) coming from his brother Mark and the third-place shoe made by Robbie Miller.

Gene Lieser earned the top score in the 2006 Calgary Mail-in Forging Exercise, the second time he has won the honor in the 7-year history of the event. The judges awarded Lieser top honors for his forging of the toe cap shoe in this year’s exercise.

Lieser, a farrier from Elsa, Texas, is an annual contender, never placing lower than sixth in the history of the mail-in exercise. He also won 4 years ago, and he has earned two seconds, a third, a fifth and a sixth. He placed second last year.

Keeping the honors in the family, Gene’s brother, Mark Lieser, of Weslaco, Texas, captured second place in the forging exercise. He moved up from a sixth place finish in 2005.

Gene Lieser relies on keg shoes for most horses, though he’ll forge special shoes for horses that need them. “It’s important to have that…

Familiar Name Does It Again In Forging Contest