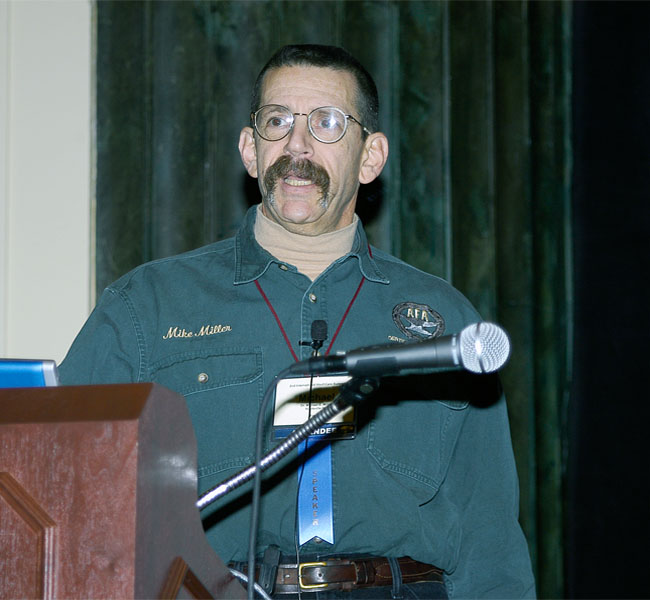 One farrier’s view on trimming theories

TRIMMING CRITIQUE. Mike Miller, a farrier from Huntsville, Ala, warns farriers against placing too much credence in what he calls “proprietary” methods of trimming.

At some point in the lost years before recorded history, a horseman — perhaps using a shaped rock or a primitive knife — picked up his horse’s hoof and trimmed a little bit off of it.

You can bet that someone else was watching and immediately told him he’d done it wrong.

Ever since, horsemen and farriers have been debating theories of trimming and shoeing. Today’s farriers deal not only with theories that were developed through earlier centuries, but also with new ideas that propel the discussion even further.

It’s a lot to digest. Mike Miller, a farrier from Huntsville, Ala., who is also an orthopedic surgeon, has done his homework, and offered his views on several trimming theories during the 2005 International Hoof-Care Summit. Here’s what he had to say about trimming theories, textbooks and other related topics.

“All of the old texts outright condemn trimming the sole in any area to the point where it yields to thumb pressure,” Miller says. “It was described in the 1840s and 1850s but later retracted. Today, some barefoot stylists are suggesting we go back to that.”

Miller believes the concept should revolve around physiologic reserves.

“The concept is simply that the things that are necessary for you to live tend to be in more quantity than you need,” he explains. “For instance, you can…