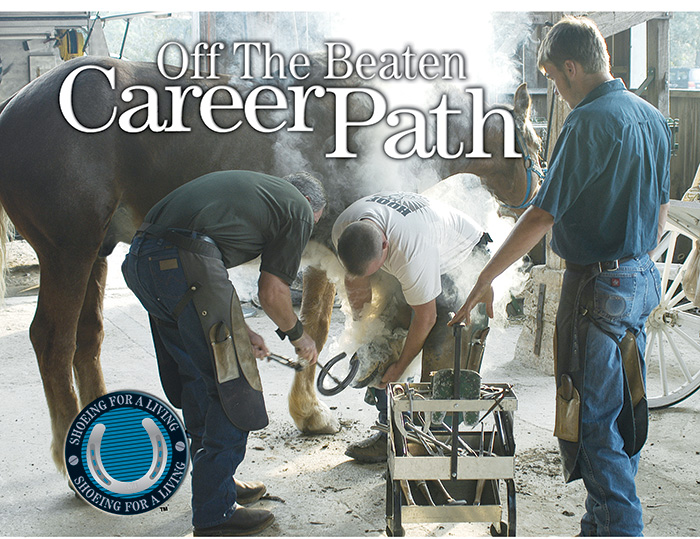 Off The Beaten Career Path

North Carolina farrier Jeff Pauley is a man who’s willing to give up the safe and secure and take a chance. He’s also someone who’s willing to make sacrifices to achieve a goal he’s focused on.

One such goal involved being able to raise his family in the area he grew up in and loves — Burnsville, N.C., located in the mountains, very close to the Appalachian Trail, near the Tennessee border.

Pauley along with his wife, Leigh Ann, and their son, 12-year-old McKenzie, are able to make their home in a comfortable small town environment, where it’s easy to know your neighbors and the mountain scenery seems almost unchanged since it was settled in early colonial days.

It’s a great area, he says, but it’s also an area where prices paid to farriers aren’t all that high. So on this day of “Shoeing For A Living,” Pauley spends the first hour driving across the state to the Asheville area. You can think of it as a drive to where the money is.

8:30 a.m. Pauley and his apprentice, Aaron Bean, will start their actual shoeing near Asheville, in the mountains of the western part of the state. It’s a popular tourist area and also attracts numerous well-to-do retirees and others who appreciate its comfortable lifestyle and flourishing artistic community.

Third Career is a Charm