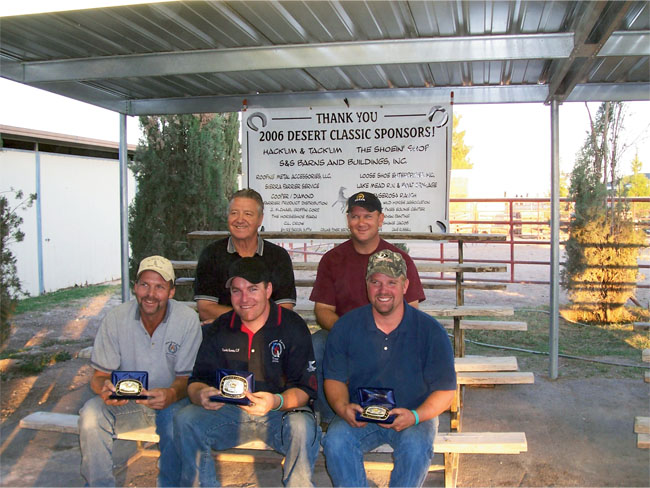 The Triple Crown was the brain-child of Lee Green, the International Horseshoeing Hall Of Fame member who also owns “The Shoein’ Shop” in Yucaipa, Calif. Triple Crown competitors earn points at three different forging and shoeing competitions held from September through October in Arizona, California and Nevada.

For the third year in a row, Travis Koons of Romoland, Calif., earned the championship in Division III with a total of 141 points. Jason Harmeson of Alpine, Calif., was reserve champion with 106 points and third place went to Nicholas Rossi of Danville, Calif, with 98 points.

Division I was won by Chris Mason of Livermore, Calif., who totaled 132 points. Brian Dollinger of Chico, Calif., was second with 119 points and Mike Caldwell of Paso Robles, Calif…