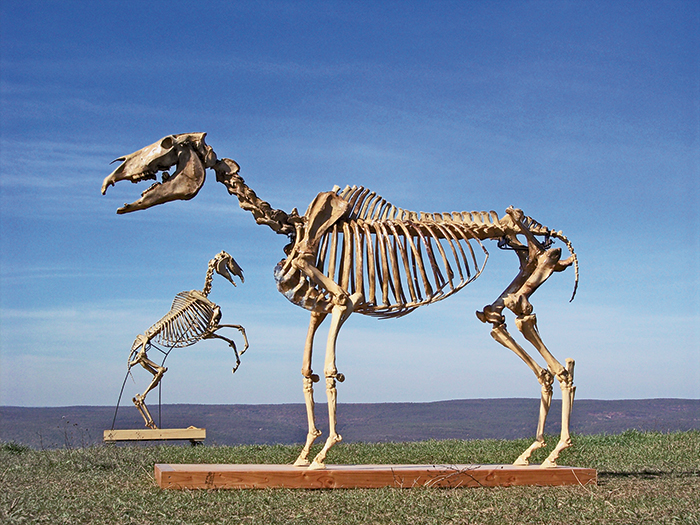 By Frank Lessiter posted on January 1, 2007 | Posted in Education

SUMMIT SHOW-STOPPER. One lucky Summit attendee will head home with a fully articulated equine skeleton valued at $15,000. With this super learning tool, there’s won’t be any excuse for the not knowing every bone in the horse’s body!

Attendees will be entered in a drawing for two prizes — featuring a combined value of $20,000. These two exciting prizes include:

Shown in photos both here and on the cover, these full-size equine skeletons are created from euthanized horses by farrier Walter Varcoe of Port Jarvis, N.Y. Varcoe became interested in creating full equine skeletons, leg columns and skulls while running the mounted police stable at a medium-security corrections facility in Otisville, N.Y.

Besides running the stable and serving as a mounted patrol-training officer, Varcoe ran the correction facility’s composting operation. “I’d always wanted to see if I could create an anatomically correct model of an equine leg, but never seemed to get around to it,” he says.

“One day a horse shattered its radius and had to be…

Win Super Prizes At The Summit