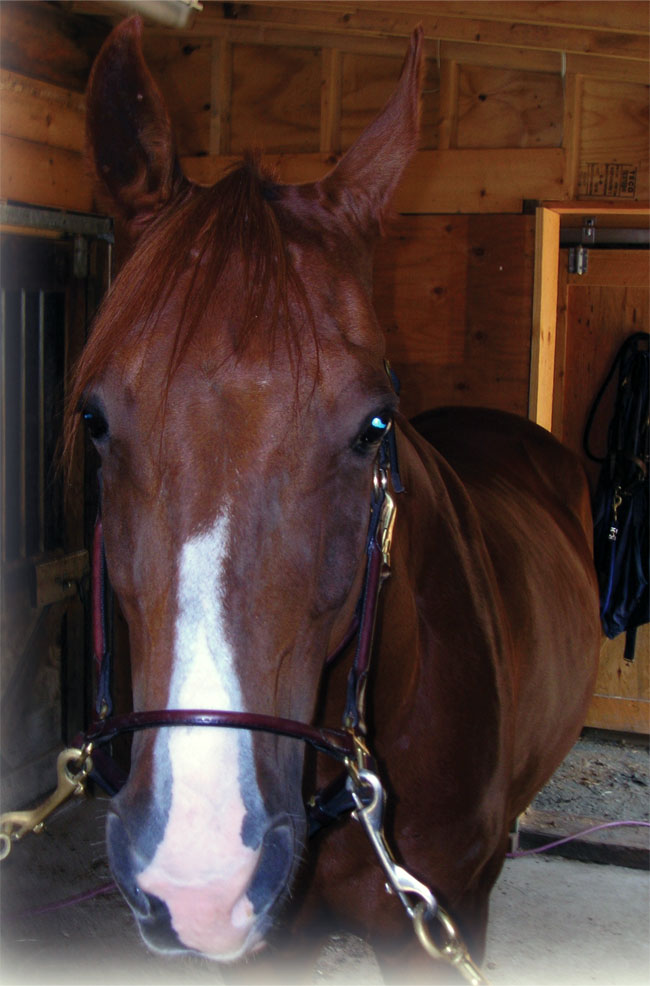 Getting Jack's Foundation Back Where it Belongs

By Nicholas B Denson posted on March 1, 2007 | Posted in Therapeutic Shoeing

The following case study involves a National Show horse named Jack. I began working on him 2 years ago after he suffered a nearly career-ending suspensory injury.

As a National Show horse, Jack was shod with toe-weight shoes, a stack of pads and an artificially long toe. Now I am not saying that shoeing this way is harmful, but I am saying that those who are good at it are great, while those who aren’t are horrible. Shoeing with weighted shoes and a pad package is an art form that is best left to those who are great at it.

After seeing Jack’s feet for the first time, I wasn’t surprised he’d become lame. But trying to fix him became an ongoing battle between the veterinarian, the owners and myself. After a year of disappointment and a few new injuries, I was beginning to give up hope of his owners even being able to trail ride him.

However, after a new veterinary clinic opened in my area, I was pleased to finally be given permission to treat Jack as I saw fit. Within 2 weeks, he was being ridden lightly, his lameness grade dropped from a 4 to a 2 and his future now looks bright.

He’s Special — Be Ready To Jump

Jack is a very “special” horse. I usually add a three-letter word to the end of…

No Bells And Whistles, Just Keep It Simple

Building and Using the Half Bar

About Backing Up That Toe