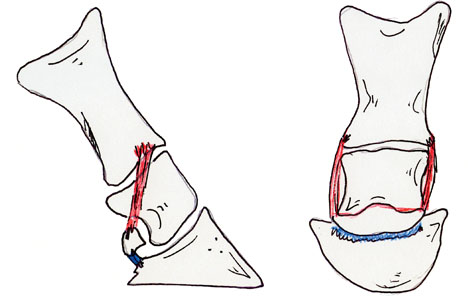 Last Of The Ligaments — Sort Of

There are actually many more, but these seven wrap up this look at the ligaments most important for shoers

2. Distal Navicular Ligament: The distal navicular ligament is also known as the impar ligament. It basically attaches the distal/dorsal edge of the navicular bone to the area of the coffin bone just behind the semi-lunar crest, where the deep flexor tendon inserts. This ligament holds…

Ligaments: Holding it all Together