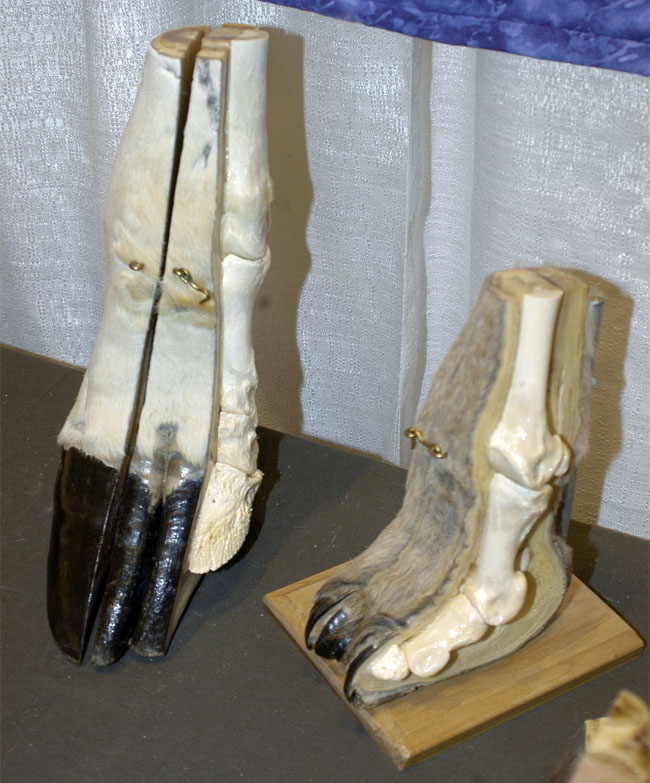 By Pat Tearney posted on March 1, 2009 | Posted in Anatomy, Education

The World Championship Blacksmiths group recently held their national finals in Wilcox, Ariz. Named as the national individual champion for the year was Travis Koons of Romoland, Calif.

Three other members of the four-man team that will compete in international competition include Billy Reed of Bayton, Texas, (winner of the Wilcox competition), Chris Madrid of Santa Fe, N.M., and Todd Walker of Johnson City, Texas. Daniel Jones of Titus, Ala., was named striker of the year.

Not Your Usual Hoof Model

Allie Hayes, one of the newest members of the International Horseshoeing Hall Of Fame, is well known for the freeze-dried hoof models she markets through her company, Horse Science of West Boxford, Mass. But a couple of models on display at her booth at the International Hoof-Care Summit had even the most experience farriers stopping for a second look.

More On Forge Ahead Internships

We heard from Paul Goodness regarding the “Local Spotlight” story we ran on the internship program being offered through his Forging Ahead shoeing practice in Round Hill, Va.

The internship is designed to fill an intermediate area for a novice farrier, between shoeing school and going out on his or her own. Interns are paid a salary and provided with housing for a 1-year period, while they get a chance to work with and learn from Forging Ahead’s veteran farriers.