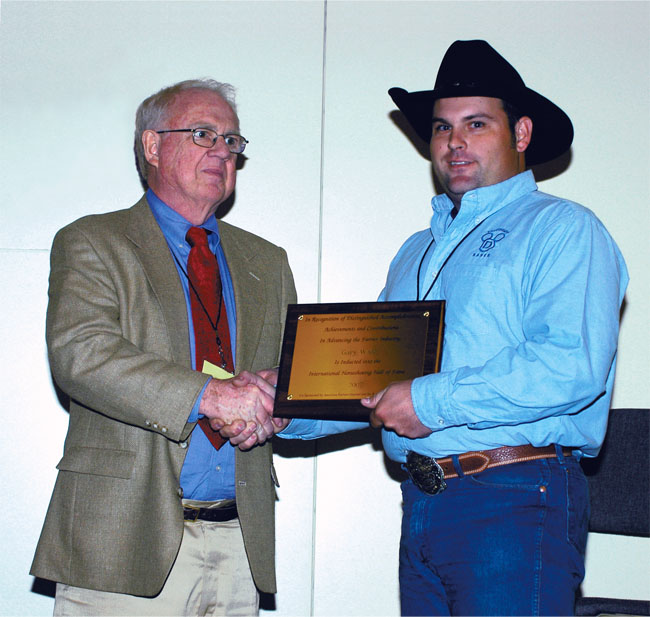 The International Horseshoeing Hall Of Fame and the International Equine Veterinarians Hall of Fame, each representing the touchstone of excellence within their respected fields, saluted six new members during introduction ceremonies at the 2007 International Hoof-Care Summit in Cincinnati, Ohio, on Feb. 1.

Farriers Walt Koepisch, Jr., Joe Kutz and Gary Wade, who was honored posthumously, and equine veterinarians Dallas Goble, Scott Morrison and Frank Nickels joined their peers during a ceremony in which members who were present received an engraved Hall Of Fame plaque to rousing applause from the audience.

Innovation was the uniting theme this year, as each recipient has helped transform the industry through a unique blend of ingenuity and service.

Frank Lessiter, editor and publisher of the American Farriers Journal, expressed the feeling of the assembly when he said, “Each new member personifies the spirit which the Horseshoeing and Veterinary Halls of Fame serve to recognize. Their legacies demonstrate a commitment and dedication to the horse world for which they long will be remembered.”