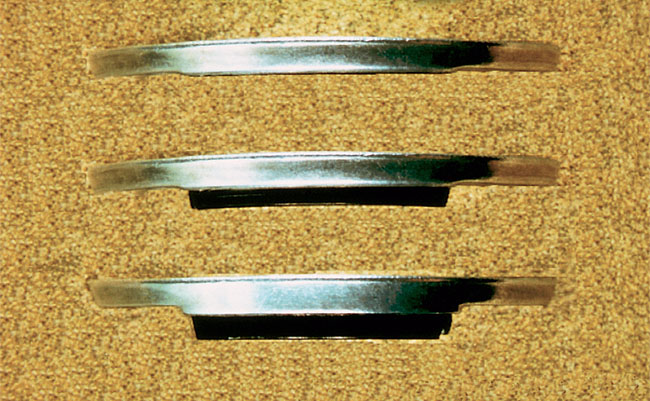 By Frank Lessiter posted on April 1, 2007 | Posted in Shoeing

The ongoing controversy over allowing traction devices on racetracks heated up recently as members of the California Horse Racing Board voted to start enforcing an earlier height restriction for front toe grabs. Originally approved in February of 2006, the rule prohibits the use of toe grabs longer than 4 mm (roughly 1/8 inch) at California tracks.

This was a reversal from a January 2007 meeting when the board decided to continue to ignore the toe grab rule. At that meeting, trainers had complained that the board was infringing on their authority by regulating the length of toe grabs, which trainers say are often needed to help horses maintain their balance and footing.

This earlier ruling was ignored despite numerous research studies, such as those done by Susan Stover at the University of California-Davis, which have indicated that Thoroughbreds are 16 times more likely to suffer a catastrophic injury while racing with taller toe grabs.

Enforcement of the original 2006 toe grab regulation was delayed due to manufacturing concerns and trainer resistance. A subsequent rule amendment to allow toe grabs as long as 5 mm was defeated last summer.

With Synthetic Surfaces, Less Traction May Be The Call