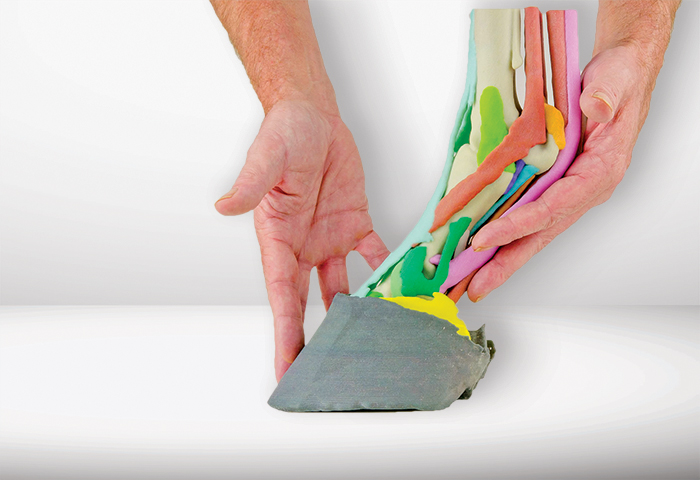 By Jeremy McGovern posted on April 1, 2015 | Posted in Equipment

In 2013, scientists with Australia’s Commonwealth Scientific and Industrial Research Organization (CSIRO) made headlines by making titanium shoes. The buzz wasn’t so much that the plates were titanium — after all, shoes have been made from this material before. Instead, it was the process in which they are made.

CSIRO used a 3D-printing process to manufacture the shoes for this experiment. A horse’s hooves were scanned and then using 3D modeling software, a set of four titanium shoes were produced. In looking at new uses for titanium, the group’s staff was challenged to come up with a horseshoe that weighs less than existing shoes for racehorses.

Other titanium shoes are on the footcare market, and the 3D printing experiment didn’t launch a revolution in the usage. Manufacturers, in and out of hoof care, will continue to use the technology to develop product innovations.

However, equine anatomical education and advancements in overall equine health have been beneficiaries — and may see significant developments in coming years.

Seeing The Inside Of The Foot

Coupled with existing technology, 3D printing has been used for a few years to improve understanding of equine anatomy.

To create an anatomical model, the first step is to determine whether you want data on the internal or external foot, says Dr. Renate Weller, a professor and instructor at the Royal Veterinary College’s (RVC) Structure & Motion Laboratory in Hatfield, United Kingdom. She says that the external foot is a relatively easy model to generate from this process. Data…

How Reliable Is The Use Of Hoof Testers?