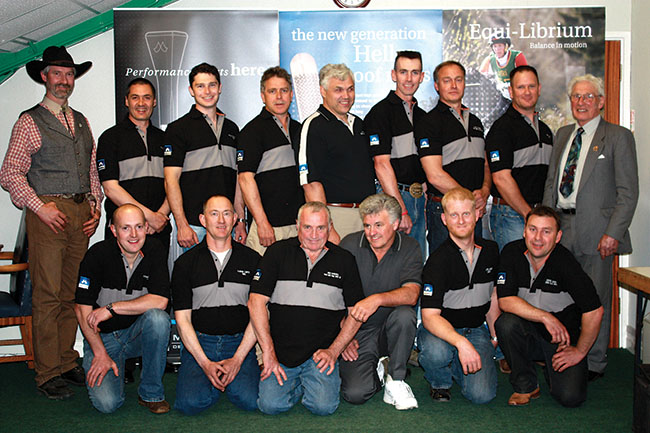 By Claire Brown posted on July 1, 2010 | Posted in Education

Past Calgary champs meet at Stoneleigh for a new competitive event

The Mustad Champion of Champions Exhibition, a first-time event held at The Forge in Stoneleigh, England, during early May not only featured exceptional craftsmanship, it presented participants with a chance to reflect on the effect competitions had on their careers.

Paul Robinson of Northern Ireland topped the field, taking home a trophy  made by Jim Keith and earning a 5,000 pound donation from Mustad for the Neonatal Unit at Crosshouse Hospital, Kilmarnock, Scotland, where his daughter, Kate, spent time after she was born in December of last year.

Each competitor chose a charity to represent during the event.

The event was open to winners of the Calgary Stampede World Championship Blacksmiths’ Competition.

Unfortunately Richard Ellis (Aviation Without Borders) and Austin Edens (Sisters of the Presentation) were unable to participate due to injuries. Dave Duckett was also present. Bill Poor (Breast Cancer Foundation) was unable to attend due to a family…

Changes are Coming to the Hoof Care Industry: Are you Getting Ready?