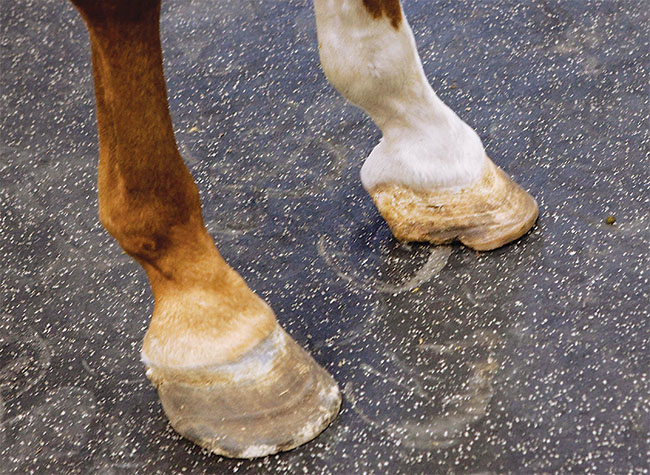 The first time Jim LaClaire met Starring Charisma “Twister” was when the veteran farrier stepped out of his shoeing rig at Hopewell Farm and heard the stallion screaming and kicking the sides of his stall.

Hopewell Farm owners Gary and Shirley Shrum and managers Shelly and Joel Strickland had asked LaClaire to take a look at the lame stallion at their Lillian, Ala., operation. They had been told that they should euthanize Twister, but they wanted another option.

LaClaire took a look at the stallion and recommended that they haul him to the Lee Veterinary and Podiatry Clinic, 60 miles away in Atmore, Ala.

Twister and his owners made their first visit to the Lee Clinic on October 9. Twister is a 12-year-old American Paint Horse stallion, a son of champion stallion Red Charisma. Purchased by Hopewell Farm for breeding in 2007, the horse has had a history of founder since he was a 2-year-old.

In 2004, Dr. James Lee and Dr. Andrew Lovelady had performed a deep digital flexor tendon tenotomy on Twister’s right leg, when he belonged to a different owner. The procedure worked so well that the current owners believed the previous surgery had been performed on the left leg that had always been considered the problem. 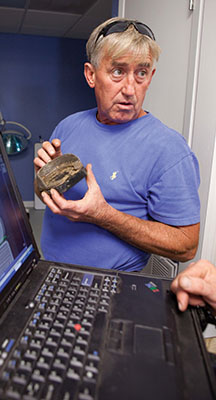 Using a cuff with a thick rubber wedge in the heel…

Veterinarian, Farrier Team Up to Fuse a Joint and Save a Horse