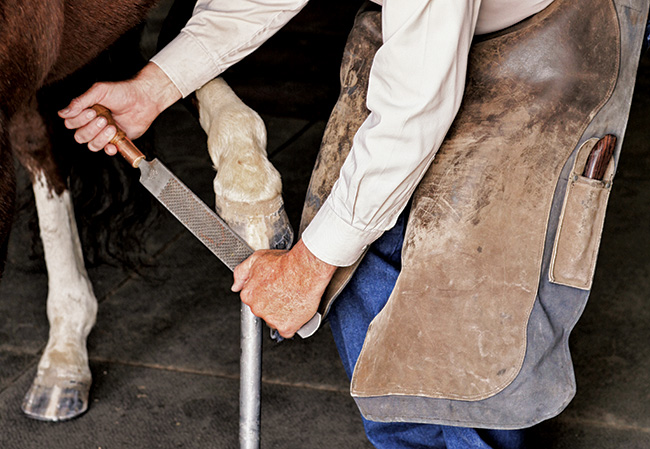 It’s Not All One-Sided For Farriers Or For Horses

By Frank Lessiter posted on May 1, 2011 | Posted in Trimming

Most folks involved in the equine world recognize that being right- or left-handed affects the way a person rides. And research indicates that horses also have a dominant side.

While it is thought that right-handedness or right-sidedness is genetically controlled, it’s also been documented that environmental factors can have an influence on whether a person or animal will be right- or left-sided.

Whether horses are right- or left-sided, they prefer to move one leg first when they are walking, trotting, roaming free on pasture or determining the side that they prefer to roll onto.

An interesting question is whether a farrier being right- or left-handed could affect a horse’s balance. A recent study carried out by British veterinarians indicates it does.

Some 91 horses from The Royal College of Military Engineering and the Household Cavalry that had been trimmed and shod by apprentice farriers were evaluated. The researchers measured the medial and lateral hoof wall angles of both forelimbs and compared the results against whether the apprentice farrier who had worked on them was right- or left-handed.

It's The Whole Package That Counts