By Pat Tearney posted on July 1, 2009 | Posted in Therapeutic Shoeing

Double-trim method found effective in removing cause of the problem

Spontaneous quarter cracks — a hoof problem than often causes pain and lameness — are actually anything but spontaneous, according to Hans H. Castelijns, a veterinarian and farrier of Spanish origin, who now practices in Italy.

Castelijns told attendees at the 2009 International Hoof-Care Summit in Cincinnati, Ohio, that it would be better to call such cracks “mechanical quarter cracks,” as they are usually caused by stresses and forces that occur within the hoof.

These cracks — as opposed to those caused by outside trauma — originate at the coronary band in the heel area and run parallel with horn tubules. They also run from the inside out and proximal to digital.

Because of where and how these cracks originate, they are always deep, often bleed and can cause extreme pain that leads to lameness. Castelijns said that when they are opened for debridement, they are often found to be wider closer to the laminae than they are at the actual hoof wall.

Castelijns noted that while many farriers are skilled at various methods of patching these cracks, if the cause of the crack is not addressed, the injury is very likely to reoccur.

“These types of cracks are like that old friend that when you least expect him, is standing outside your door,” he told the audience. “You get rid of them and all of a sudden one day, they pop back up.” 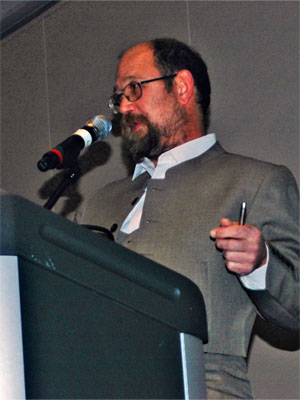 Hans Castelijns, a veterinarian and a farrier, says it’s not enough to patch a…

Sheared Heels And The Correlation To A Quarter Crack