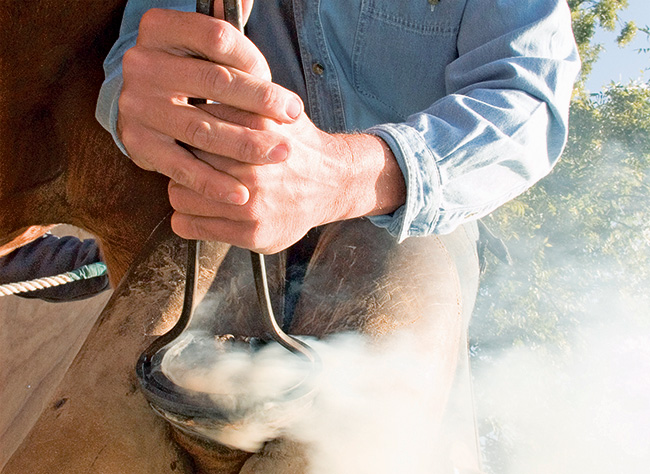 Too Much Sulfur Can Lead to Hoof Concerns

By Scott Gravlee and Frank Gravlee posted on September 1, 2011 | Posted in Anatomy

Will feeding sulfur improve the quality of the hoof?

Sulfur is abundant in the hoof. The “rotten egg” odor produced during hot shoeing is the smell of sulfur gas resulting from burning the sulfur-rich connective tissue proteins of the hoof.

The connective tissues of all mammals are rich in the mineral sulfur. The skin, hair, ligaments, tendons, cartilage and hooves of horses are primarily collagen. Collagen is the protein of connective tissue, and is the most abundant protein found in the mammalian body.

There are 20 amino acids that make up the building blocks for mammalian body protein. Approximately 50% of the amino acids are essential amino acids in which the body is unable to make these amino acids, and therefore, they must be ingested.

Methionine is an essential amino acid that can also be converted by the body to another “sulfur containing” amino acid called cystine. Cystine is important because it furnishes the sulfur “welds,” or crosslinks, that are necessary for healthy collagen and the resulting strong hoof infrastructure.

A deficiency of sulfur-containing amino acids can lead to structural weakness of the ligaments, tendons, bones, joints and hooves.

Since methionine and cystine are naturally occurring sulfur containing amino acids, they are considered to be organic forms of sulfur. The organic forms supply the majority of sulfur to meet the horse’s nutrient requirement.