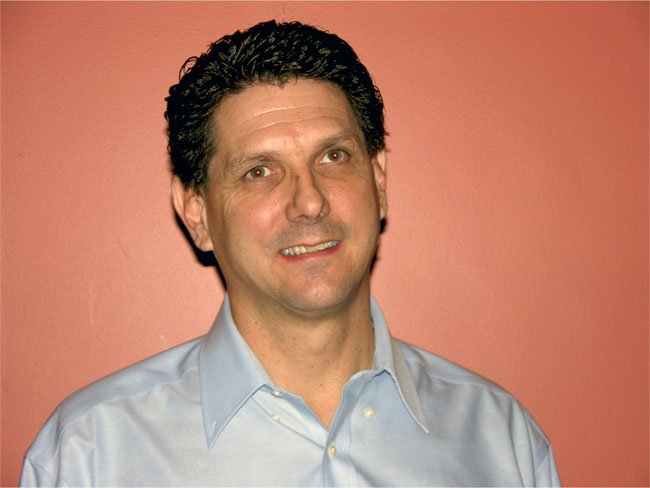 Ian McKinlay says heel concussion is one of the biggest and toughest problems he’s faced in his career as a racetrack blacksmith.

During his career as a racetrack blacksmith, Ian McKinlay of South Amboy, N.J., had little doubt of what was his biggest enemy — concussion; particularly heel concussion.

“I’ve seen it and I’m not the only one,” says McKinlay, whose primary focus is dealing with lameness issues at racetracks throughout New Jersey and New York. “When you have footsore horses, the back third of the hoof is the problem with 85% of them.”

“A horse starts getting sore heels and he changes his gait. Eventually, he develops an abscess in the sole. It can work its way up to the coronary band, then blows out the whole heel.”

Beginning Of An Idea

About 4 years ago, McKinlay dealt with a particularly troublesome case.

“I had a horse called Redskin Warrior,” he says. “He was a 2-year-old and his owner was hoping to get him into the Kentucky Derby. But his feet bugged him.”

Time was of the essence, so resting the horse to let his feet recover was not an option.

McKinlay first tried glue-on shoes. The horse did fine for 5 days, but eventually the problems returned. 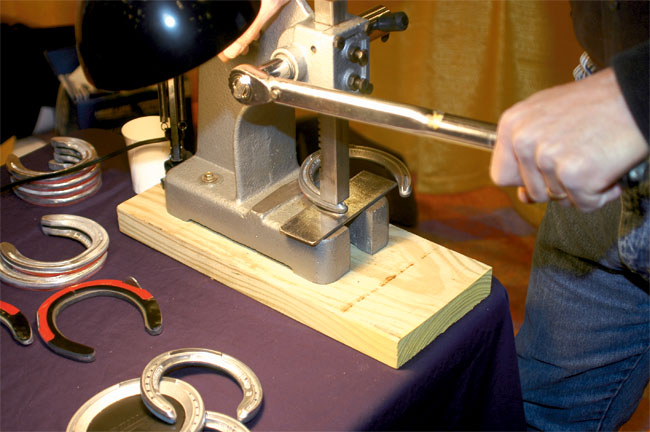 Ian McKinlay demonstrates how the heels of his Yasha Shoe flex to absorb concussion at the Tenderhoof Solutions booth at the 2008 International Hoof-Care Summit in Cincinnati, Ohio.

A Winding Road to a Veterinary Clinic