Farriers sometimes shoe horses with shoes that extend outside the profile of the foot. The reason that is usually given is, “to give support to the foot or limb” or “equalize pressure within the foot or limb.” In farriery textbooks, there are few explanations as to how this support and change in loading is achieved mechanically. We are generally told it just does.

Although the perceived wisdom appears plausible, when investigated the theory does not make sense. To explain the true effect that a shoe has on a foot you need to apply some basic schoolboy math.

These laws and equations are a good place to start: 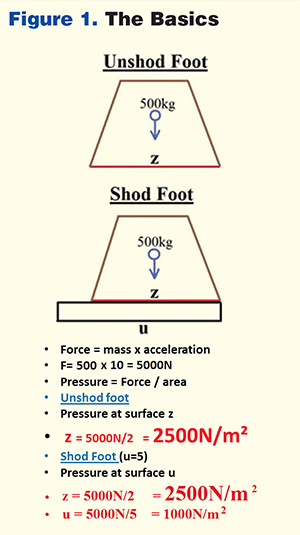 Scientists in other fields of study use 2-dimensional, free-body diagrams to explain and explore the workings of more complex 3-dimensional structures. When the study involves organic structures this method is called biomechanics.

Getting Started With Foal Extensions