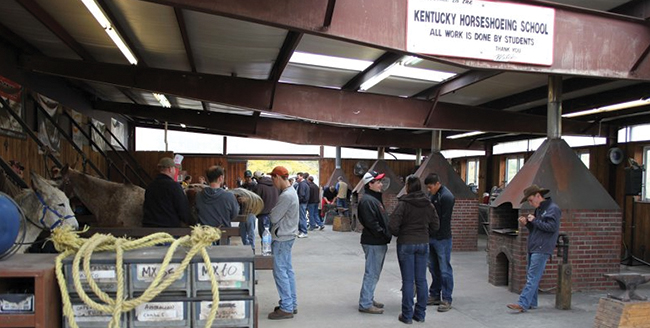 By Amy Johnson posted on December 1, 2014 | Posted in Education

On Oct. 25, Kentucky Horseshoeing School (KHS) in Richmond, Ky., marked its 25th anniversary by hosting an alumni clinic and barbecue. The free event was the school’s way of honoring its former students.

International Horseshoeing Hall of Fame member Mark Milster of Purcell, Okla., served as one of the clinicians. Milster, a five-time member of the American Farriers Team, former World Championship Blacksmith at the Calgary Stampede and six-time world champion in draft horseshoeing competition, came to the alumni event to share some of his shoe-building techniques.

In addition to Milster, Mitch Taylor, director of education at KHS, lectured attendees on equine anatomy. Sam Gooding, a KHS instructor, presented some tool-making techniques. Gooding, a 1996 graduate of KHS, was a 2005 member of the American Farriers Team and a top 10 finisher in the World Championship Blacksmith competition at the Calgary Stampede that same year. 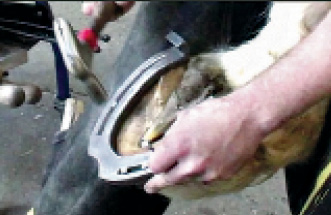 About 40 KHS graduates came from all over to attend the clinic. KHS executive director Joe Police felt the clinic was necessary as a way to thank the school’s graduates and follow up on their successes in the industry. 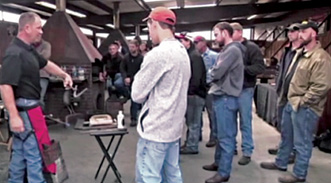 “Being in business for 25 years and producing some of the best entry-level farriers in the world, saying thank you and giving back is something we felt was important,” he says.

“When you reach out to the world and offer a tried and true curriculum and students respond by enrolling, it was a delight to see them come back and tell us how well they are…

Competitors Gather in Kentucky for the 2012 World Horseshoeing Classic