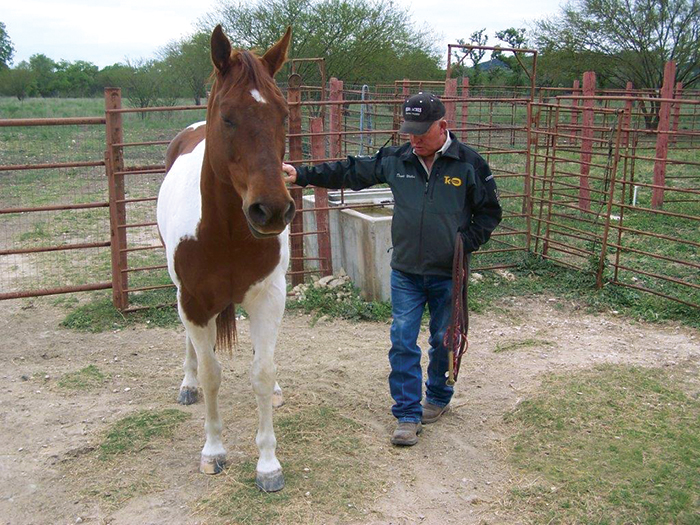 By Amy Johnson posted on May 1, 2013 | Posted in Business Practices, Education

Texas farrier Donnie Walker earned his journeyman farrier certification at the age of 67.

Albert Einstein once said, “If you want to live a happy life, tie it to a goal, not to people or objects.” This philosophy shines through when talking with farriers Donnie Walker of Bandera, Texas, and Pat Ennis of Denton, Texas.

Ennis, who turns 65 this July, and Walker, 67, became two of the oldest farriers to earn the American Farrier’s Association’s (AFA) Certified Journeyman Farrier (CJF) status this past March.

Inspiration From Other Veteran Farriers

The question everyone asks these two friends is “Why now?” Ennis, who has been a farrier for 45 years, explains it.

“I hang around so many quality farriers — guys like Chad Chance and Dusty Franklin — and see the way they operate and the fervor they have for the profession. I’ve always had the passion and thought ‘you know what, it’s time.’

So I went on this crazy, epic journey — this quest — to pass the CJF exam,” Ennis says. “I just had this spark inside that grew into an inferno.”

It took Ennis six times to pass the exam. His sixth — and final — attempt took place at the Arkansas Horseshoeing School run by Paul Dorris.

“It was a huge rush,” says Ennis. “I have a private pilot’s license, which required studying over 900 questions for the…

Western States Farriers Association Hot In The Forge, Cool In The Pool