An article entitled “Connecting The Dots” that appeared on Pages 68 to 70 of the March, 2012 issue of American Farriers Journal dealt with the importance of developing a systematic approach for better understanding the issues of conformational correctness, undesirable defects and flaws.

In this follow-up, we’ll take a closer look at a half-dozen leg deformities.

Valgus deformities normally involve the distal radial or tibia physis. Most species of animals born with legs that are longer than the head and neck have a natural valgus carpus that falls within a scale of 2 to 3.

Even though this deformity is often considered undesirable in foals, it can be self-correcting from birth until 18 to 20 months of age.1,2 The exceptionally lengthy closure dates of the distal physis of the radius and tibia greatly enhance the natural correction that most often occurs during development.

Crushed carpal and tarsal bones can also create valgus angulation between the long bones and may occur in conjunction with physitis. This can be distinguished grossly as well as radiographically (Figure 1).When assessing angulation between long bones, draw imaginary lines along the sagittal plane and confirm with radiographs when alterations within the carpal/tarsal bones are suspected. 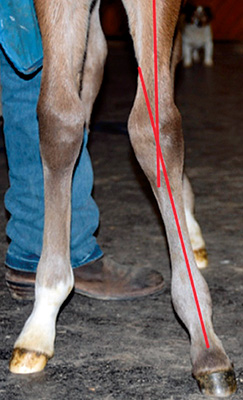 Figure 1. Valgus angle and the angle between the physis and sagittal alignment of the distal metacarpus measures approximately 12 degrees.

A valgus deformity of the fetlock is frequently misdiagnosed because it is confused with rotation (extorsion) of the entire forelimb. Gross and radiographic examination of exceptionally large…