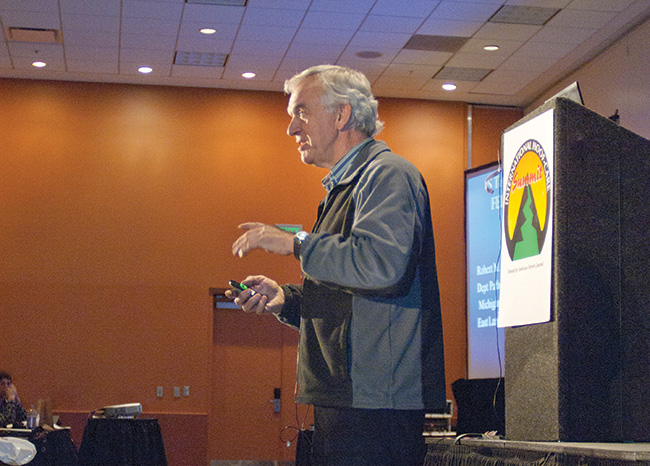 Michigan State researcher suspects the answer is "too much"

After tearing apart literally thousands of horses’ feet, Robert Bowker thinks he knows a little bit about how they are put together.

And the researcher from Michigan State University is convinced that he’s figured out some things that research has missed, because so much of that research has been done on bad-footed horses vs. good-footed ones.

Speaking at the 2012 International Hoof-Care Summit in Cincinnati, Ohio, Bowker told his audience that it’s important to remember where most of the feet that are studied come from.

“You have to remember that horses that go necropsy or go to the slaughter house are there for a reason,” he says. “No one sends a perfect athlete with good feet to the slaughterhouse. So when you look at these feet (that are the subjects of most studies), you are selectively seeing feet that are not so good.

“I firmly believe that when most people dissect a foot, they’re looking at bad-footed horses.”

That can lead to a misperception of a normal foot. He believes what some hoof-care professionals think of as a normal foot is actually a foot on its way to problems.

Good feet, while they vary somewhat, share certain characteristics, some of…

Metallurgy: How Much Do You Need to Know?