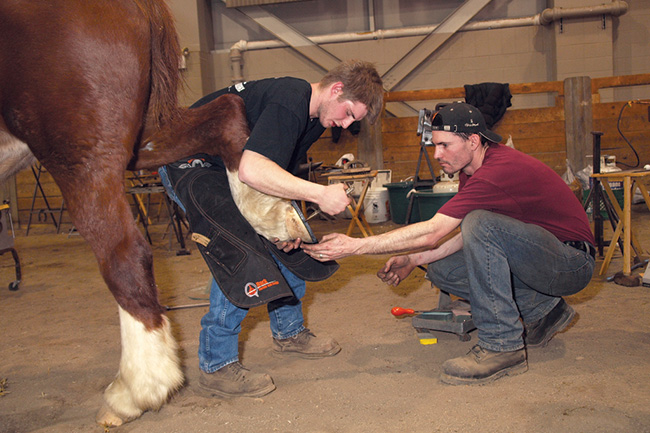 Competitors come to the January event ready to test their forging and shoeing skills.

Jim Quick, of Longmont, Colo., served as judge during the Jan. 3 to 5 event. Each year the MHA Contest and Clinic features lectures, forging competitions and live shoeing demonstrations.

The 2013 contest gave attendees the chance to compete in several shoe-forging categories including novice, intermediate, open, two- and three-man draft. Each category featured several different types of shoes for the competitors to make along with a live shoeing competition.

Sponsors of the MHA Contest and Clinic…

Michigan Horseshoers Association Calls for Entries to its Clinic and Contest