The Shoe On The Other Foot

By John Scruggs posted on March 1, 2013 | Posted in Lamenesses

When a horse suffers critical lameness in a single limb, it is often important to give as much attention to its opposite foot

In February 2011, an 8-year-old Quarter Horse named Andy was trailered from upstate New York to his new home in Georgia. Upon arrival, the trainer said the horse was slightly off, which is not highly unusual after an 800-mile trailer ride.

He had overgrown his shoes and had a bruise in the seat of corn on his left front. No other concerns were present at that time.

The day after he arrived, I trimmed Andy’s feet to the plane of his sole and shod him in a simple roller shoe and added a rocker toe. To alleviate some of the discomfort with the bruised medial heel of the left fore, I slightly narrowed the medial branch of the shoe and “floated” (removed additional length) that heel (Figure 1).

The idea behind narrowing a particular region of the shoe is that it allows that portion of the shoe to sink slightly further into the ground, thus taking a little pressure off the overlying soft tissue. In addition, the floated heel should help relieve pressure to the sensitive area during weight bearing.

This shoeing set up seemed to work as he became sound. However, as time passed, the trainer indicated that his motion was awkward, and thought the horse could be suffering from a neurological condition. I shod him again 6 weeks later and I started to notice a few unusual signs. 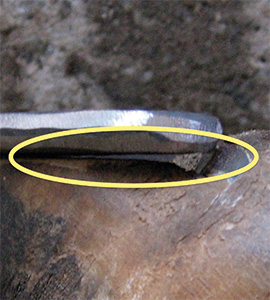 Figure 1. The yellow circle shows his “floated” heel. With a floated heel, the shoe does…

Options Aplenty To Give Working Horses A Little Extra Help